Media companies are increasingly sharing learnings with one another, but this knowledge-sharing process tends to happen on an ad-hoc basis. Moreover, many media organisations see great potential in collaborating with startups, but the venues where the two worlds can connect are rare.

This is the gap that the Future Media Hubs aims to fill. The Brussels-based initiative is building a platform that offers systematic opportunities for media labs, sandboxes and accelerators to share insights and set up new collaborations.

“We want to boost innovation within Europe and accelerate the development of the media industry by connecting its different actors together,” says Sarah Geeroms, Head of Future Media Hubs.

From a small community to a group of hubs

The road to the Future Media Hubs started within the EU Horizon 2020 project MediaRoad, which set up a small international community of media companies with the goal of strengthening their collaborations with startups.

Initially a group of public media companies, today Sandbox Hub also welcomes commercial companies as its members. It has over 20 members at the moment, and the split between public and commercial firms is close to 50–50.

Sandbox Hub, however, was only the beginning. In the spring of 2020, a parallel network called Video Snackbar Hub was launched, focusing on innovative content creation especially with regard to video streaming.

Soon after, Open Labs Hub was also launched, aiming to support arising talents in the media industry and nurture the development of digital skills. Finally, Game Hub, which connects gaming and esports experts, was added in March 2021 to the Future Media Hubs’s portfolio of communities.

“We never had the ambition to build a group of hubs,” says Geeroms. “We just grew into that because there was so much interest. We could see that there were so many people working on innovation, but they didn’t know the right people in other media organisations.”

Learning through exchange and sharing

These communities enable the participating media companies to share learnings, mainly through the member-exclusive monthly calls. These include a short roundtable about the most recent projects and experiences among the members, followed by more focused presentations on specific topics. An external speaker might also join to discuss an issue that is of particular interest to the group.

Each meeting is recorded and documented, and the materials are shared with the community members. A dedicated Slack channel is also available for media companies to request information, share solutions and highlight interesting events.

Geeroms points out that there are clear advantages that come from knowledge sharing: “It’s only by exchanging experiences that you find knowledge and relevant insights for your organisation. If you don’t share yourself, you don’t get anything back.”

Embracing that mindset can take time however, and Geeroms says that in the beginning many companies – especially in commercial media – were hesitant about sharing information with organisations that they traditionally consider their competitors.

“We say that we can compete on content, but we need to collaborate or at least exchange on technology, because we’re all small and too local if we want to succeed and survive. Otherwise we will be eaten by the Googles and the Facebooks.”

Although public and commercial media companies can have different points of view, Geeroms emphasises that the two worlds can have very fruitful exchanges and partnerships: “You just need to look and concentrate on the win-win.”

Problem-solving through collaborations with startups

In addition to knowledge sharing, the Future Media Hubs also aims to help media companies engage more effectively with the startup ecosystem. For instance, it collects information about startups that have on-going projects with the community’s media organisation members, and documents learnings from those collaborations, Geeroms explains. “So as a member you have a clear view on European startups that are actually working with media organisations.”

Before the pandemic ended physical events, the Sandbox Hub also organised events where startups could pitch their solutions to the Hub’s members. To help similar connections take place virtually, the Hub is now in the process of collecting information from media companies about their current challenges and issues that startups might be able to help them with.

“The fact that we start from a problem, something they’re having difficulties with, allows us to be more successful,” Geeroms says. “We’re looking for solutions, for things they are struggling with, and if we find them, we can really help them go forward in their transformation process.”

The Future Media Hubs is also part of two EU funded projects, MediaMotorEurope and STADIEM, which help startups scale through its coaching and funding programmes, while tackling media challenges and introducing emerging technologies in the media and creative sector.

Building in and outside Europe

The Future Media Hubs’s long-term plan is to strengthen its role in Europe by creating a centre for media innovation in Brussels. The construction of the Mediapark.Brussels cluster is underway, and when finished it will house over 60 media companies and 5,000 professionals close to European institutions. The Future Media Hubs will also most likely be included, giving it a front-seat view to the European news media scene.

Geeroms says the network also hopes to expand outside Europe in the future: “We believe that if you want to have a strong European network, you also need to know what happens in other continents,” she says. “We’re making the first connections and seeing what opportunities there are.”

When travelling stopped, this naturally hindered the Hub’s ambitions, both in and outside Europe: “We usually invite new members to come to Brussels and see how we work. Not being able to do that means the dynamic in the group is very different. New people are sometimes more reserved in speaking, but if they had met during a trip, the dynamic would be completely different.” 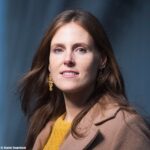 The dawn of reader revenue in Indian digital publishing

How The New York Times prepared itself for a cookieless world