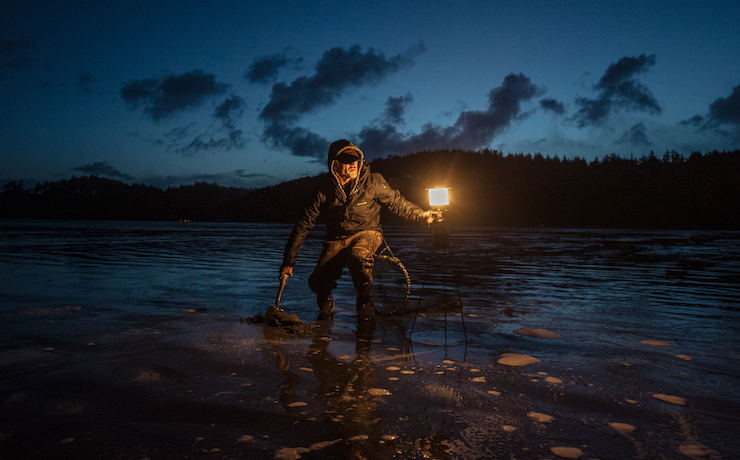 It is not yet dawn, but Mike Winkler, a Quinault Indian, has already been digging in the wet sand along the edge of the ocean for hours. He is looking for razor clams, a protein staple that the Quinault Indian Nation have been harvesting from these coastal flats for over 10,000 years. Just last year the Tribal Council voted to permanently relocate the village of Taholah away from the coastline and the mouth of the Quinault River. The growing risk of inundation had become too great. Indigenous peoples in the Pacific North West have been fighting for years to preserve sustainable fisheries and indigenous knowledge, lifeways which have helped to keep the ecosystem vibrant and the climate stable for millennia.

With the United Nations calling climate change the defining crisis of our time, news organisations are encouraged to increase their climate reporting and to communicate to their audiences the crisis’ impact, effects, and, notably, potential approaches to solving the problem. 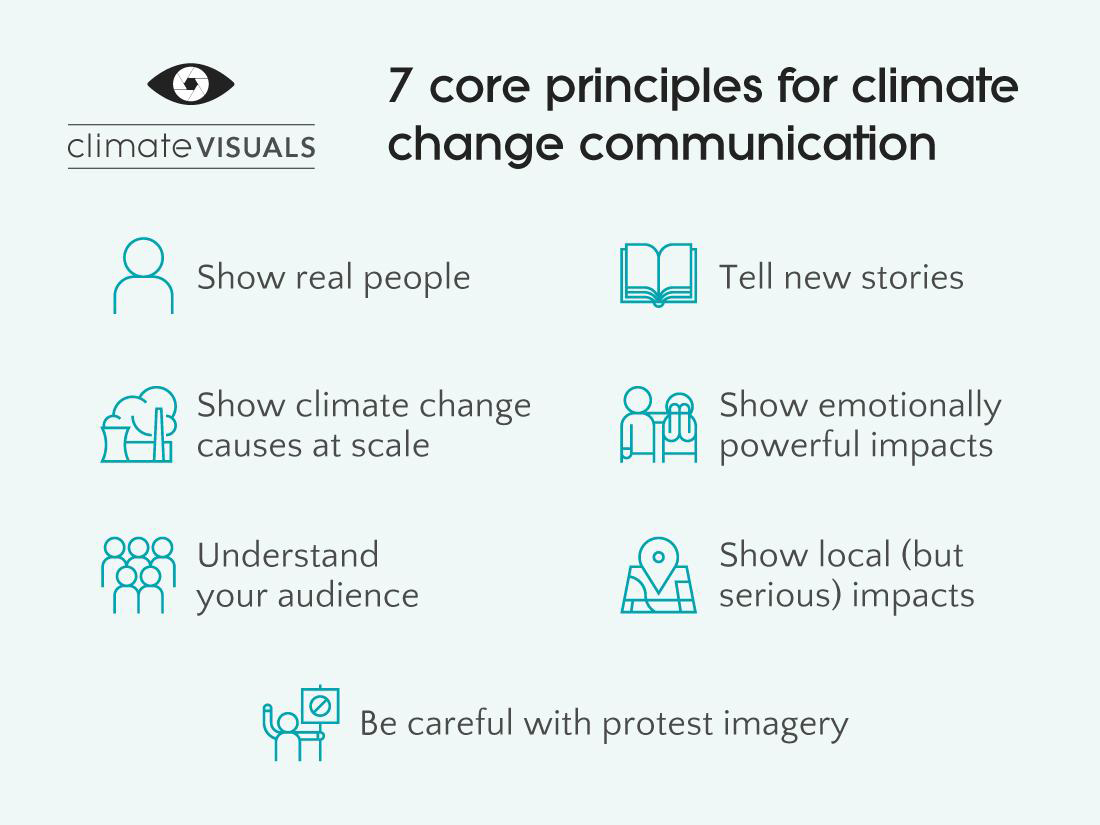 The collection is the result of a recent open call for photography, and features imagery from around the world that showcases impacts and new solutions related to climate change. Launched in partnership with Ted Countdown, the call attracted some 5,500 submissions from photographers based in 150 countries. For each selected image, photographers were awarded $1,000.

The images in the Climate Visuals library are free to download after registration.

In light of the release of the collection and World News Day, which took place on 28 September and saw hundreds of newsrooms from around the world showcase what they are doing about climate change, WAN-IFRA spoke to Toby Smith, Visuals and Media Programme Lead, to hear his advice on what steps news organisations can take to improve their climate coverage.

WAN-IFRA: What are the best practices in getting people to engage with climate content?

Toby Smith: One of the key things is to know your audience, such as their demography, their political persuasion and what they read. That’s all information a good news provider or news network often has, especially in an online format. One of my underlying recommendations is for those organisations to continue to be aware of the type of audience members that are reading their content.

That is the best foundation to selecting imagery, videos or story narratives that will resonate. And hopefully, as a responsible news organisation, talking about climate will also have a positive impact.

Does there need to be a solutions element to climate coverage?

Climate causes and climate impacts have that cinematic look and also that news tension and drama that makes for good and necessary reporting that audiences are interested in. But on its own, a constant stream of negative or strong or emotional messaging about climate can be really overwhelming to readers, and doesn’t offer anything that they can potentially relate to or any positive change that they can effect themselves.

Outside of social media, there’s a really good opportunity for news organisations to incorporate much more climate solutions or stories of climate resilience and climate justice, which give climate change that longer narrative about the practical things that society, individuals or governments can actually do as a positive measure against it.

From a research perspective, coupling negative and dramatically slanted news with solutions-based content is really effective and really resonates with people, so there are a number of reasons why I think climate solutions should be further up the news agenda.

How important is the visual aspect in terms of attracting engagement to climate coverage?

Digital news is not a new phenomenon in 2021, yet we’re seeing the page space that visuals occupy continue to grow. In that sense, adding an authentic or engaging complement to a written article is becoming ever more important. And it’s really important that those visuals work in harmony with the article.

I’m quite against photography being used purely as a kind of illustrative or book jacket of a story. I’m always amazed at how audiences respond so poorly to what I call the clip art of climate, these really poor overused metaphors that signified climate that I still see on the masthead of climate stories. It’s a source of frustration, considering how much the reporter or the news organisation invested in the word space and the content, only to give 40% of the page over to a very badly chosen $20 picture. It feels like a very mismatched level of investment.

Have you conducted any research in order to determine what kind of visuals resonate most with audiences?

The original research looked at focus groups in Western Europe and the US and measured their emotional responses to a wide collection of editorial style photography. We used that research to develop the Climate Visuals Principles as a quick fire engagement tool to help people commission or select better content.

What are some of the main takeaways?

One that is interesting to pull out is the concept of being cautionary with protest imagery. For many reasons, images of protest and climate protests are really quite prolific in the news. They’re important news events in themselves, but protest imagery actually makes for rather poor engagement at a visual level and the reasons behind it are quite interesting.

If the protester or individual doesn’t match the demographic, the political persuasion or the nationality of a reader it actually puts a sense of distance between the reader and the story. Seeing an image of someone who is distant from yourself on a geographic or political spectrum has the effect of weakening the authenticity or the effect of that entire article for the person reading it.

I’m not saying that protest imagery is something that shouldn’t be included in reporting. But it’s an interesting concept how showing people a situation or a person that doesn’t resonate or have anything in common with them is a really good way of putting distance between the reader and the article.

The second one is showing climate change causes at scale. To give the example of driving petrol or diesel cars, if you show a picture of an individual or a family at a single car level and use it as a negative message about usage of private cars, people react to that messaging in quite a defensive way.

It can actually produce a defense response that then distances them from the article. But showing a congested highway, air pollution or a busy traffic scene isn’t making any objections at an individual level. It’s making it more about societal change or what you can do as an individual to help a wider problem, so that makes for more effective messaging.