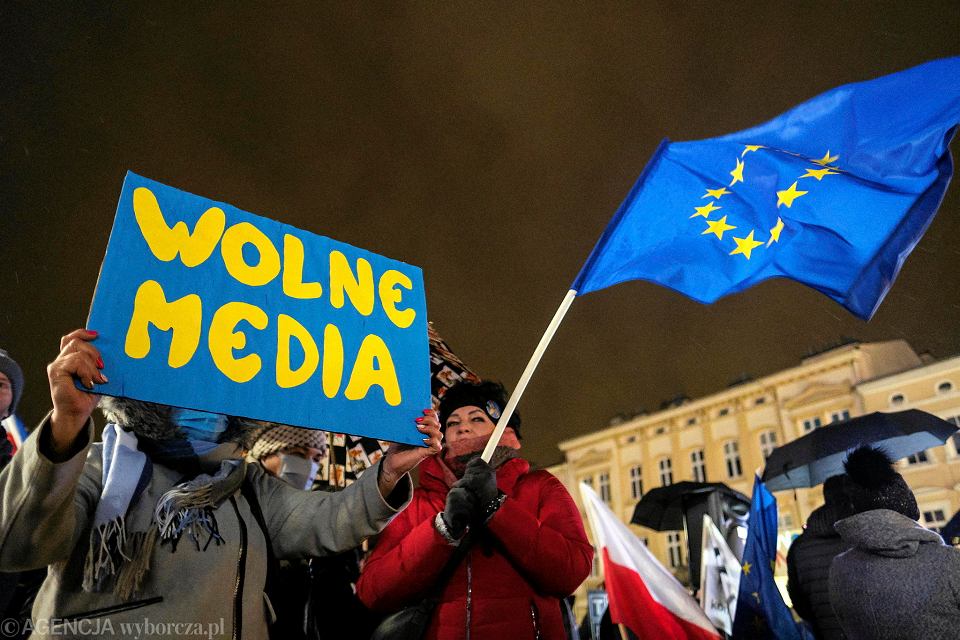 People take part in a rally in Rzeszów to protest against a media bill passed by Poland's parliament (Photo: Patryk Ogorzałek / Agencja Wyborcza.pl)

If adopted, the legislation will tighten rules of foreign ownership of media and ​would make it illegal for any non-European company to hold a majority stake in a television or radio broadcaster in Poland. With application, the law would currently hit​ only one entity, TVN, owned by US media company Discovery Inc, and would potentially force its sale. TVN is the last remaining independent broadcaster in the country. Ultimately, the law would undoubtedly prevent any enterprise from investing in Polish media.

“We urge President Andrzej Dud​a​ to use his veto and stop this becoming law,” said WAN-IFRA CEO, Vincent Peyrègne in a statement. “The hasty manner in which the text was passed, the substance of the text, notably its retroactive character which targets a particular entity, are all symptoms reminiscent of the practices of anti-democratic regimes.​ The international community is ​already ​appalled by​ the ​deteriorating situation on the rule of law and media freedom in Poland​. If​ passed,​ this​ bill will have profound consequences for the pluralism of information, media freedom, and democracy. This is an alarming signal ahead of the critical national election in 2023.”