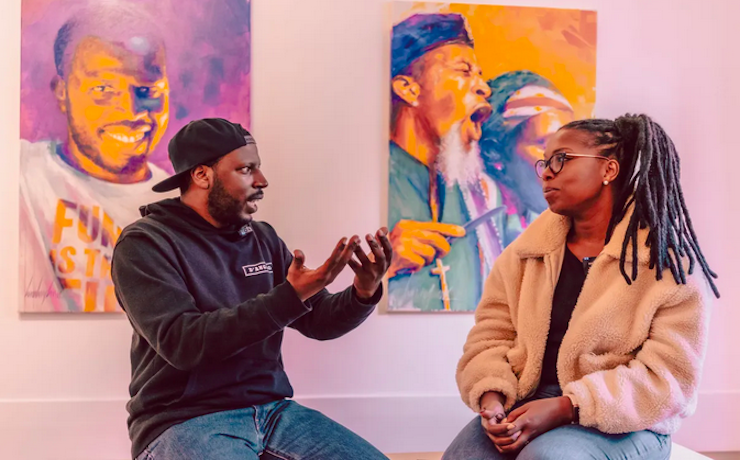 In the build up to World News Day on 28 September 2022, a global campaign by the Canadian Journalism Foundation and the World Editors Forum to show why journalism matters, we will be going #BehindTheHeadlines to highlight stories that have had a significant social impact, and showcase what newsrooms are doing to better tell the story of their journalism.

Mensagem de Lisboa, which was launched last year, has made it its mission to listen to the communities it covers, while also giving a voice to those who are rarely heard.

Since December 2021, the community news site has been putting a particular focus on Lisbon’s Creole community by producing journalistic content in their languages. Some 14,000 Guineans and 25,000 Cape Verdeans live in the Lisbon area (excluding their descendants).

Recognising and honouring the Creole community

“As a hyper local news outlet, our main focus is to integrate all communities in town,” said Catarina Carvalho, founder of Mensagem de Lisboa and former editor of Portugal’s Diário de Notícias. “It’s also a story of recognising and honouring a community that has done so much for the city but has never seen any of its languages acknowledged.”

According to Carvalho, publishing professional journalistic content in Creole was an unprecedented initiative in Portuguese media, and brought Mensagem de Lisboa a lot of attention, including several appearances on TV.

“It had a huge impact, so huge that it even affected our traffic,” she said. “Many people were coming to the website to see what we were doing, even if they weren’t Creole speakers.”

Mensagem de Lisboa launched the project with the help of a grant from NewsSpectrum, and partnered with Dino d’Santiago, one of Portugal’s biggest musicians, who also runs Lisboa Criola, a cultural and journalistic project covering the Creole community in Lisbon.

In order to produce content in Creole, they brought on board Karyna Gomes, a musician and journalist of Guinean and Cape Verdean descent.

Although the NewsSpectrum grant that has financed the project runs out in March, Gomes will likely continue to cover Lisbon’s Creole community until the end of the year.

As part of her coverage, she has written about the origins and importance of Creole in Lisbon, and spoken to a wide range of different people from the community, giving visibility to a group of people whose stories are otherwise rarely told in Portuguese mainstream media.

“We understood that this was needed in Lisbon, as there are so many little ‘Lisbons’ that don’t tend to mix. We have this integration mission, so the Creole project fits perfectly into that.”