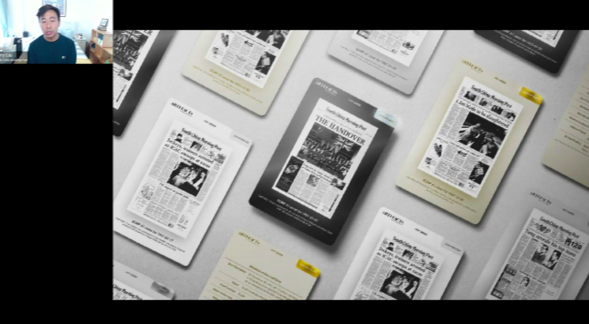 Artifacts Labs, the newspaper's blockchain venture, is now a separate business that wants to "help other media, historical and cultural institutions around the world step into Web 3.0 through the preservation of their archives on the blockchain," said SCMP CEO Gary Liu.

There are opportunities in Web 3.0 for the news industry to leverage for new audience engagements and revenue, said Liu, who was speaking at WAN-IFRA's recent Asian Media Leaders Summit. “The metaverse to us is any digital world in which people can have authentically unique identities and real ownership of digital assets,” he said.

Also on the panel discussing how news organisations can participate in the metaverse were Chen May Yee of Wunderman Thompson Intelligence, and Kapil Chhabra and Olaf Kwakman from 3D visualisation company Silver Wings XR.
Understand NFT communities
With traditional news business models increasingly being disrupted by new technologies, platforms, and alternative content creators, SCMP studied blockchain and its use for four years to learn how Web 3.0 could produce and sustain revenues for publishers.

The 118-year-old newspaper also realised that its historical archives were among its most valuable assets but they remained largely hidden. The company came to understand the value of its archives and how to preserve them using blockchain, while at the same time monetising their content via NFTs.

"Some [archives] are accessible via libraries or enterpr...