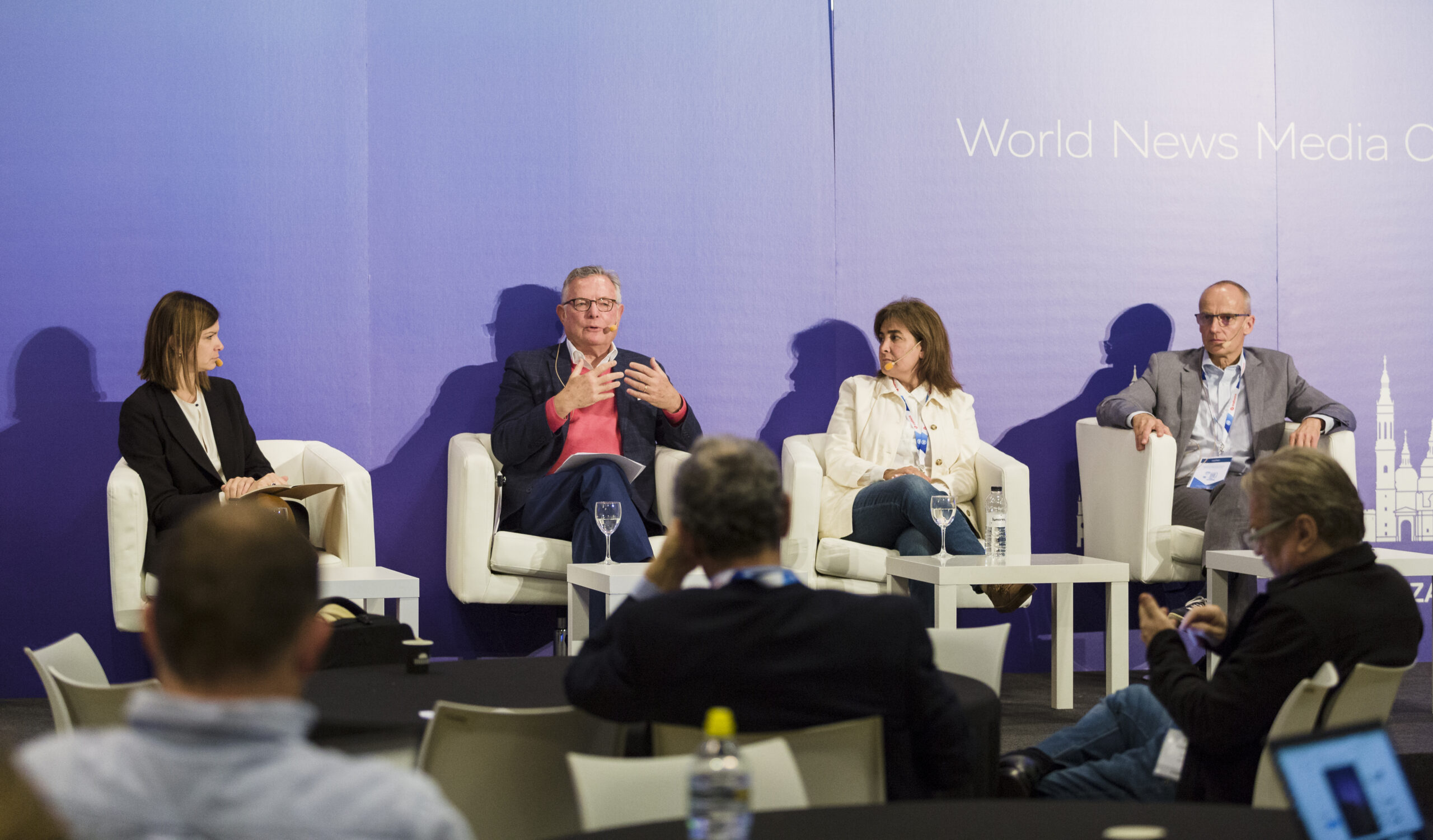 (From L-R) Federica Cherubini, Head of Leadership Development at Reuters Institute for the Study of Journalism, with David Boardman, Dean at Temple University School of Media and Communications, Diana Moukalled, Co-Founder of Daraj.com, and Wolfgang Krach, Editor-in-Chief ot Süddeutsche Zeitung. (Photo by Aránzazu Navarro for WAN-IFRA.)

Young journalists are a different breed. The new generation of reporters approach their work in a way that causes suspicion among their older colleagues. And sometimes the leadership struggles to deal with the different values and approaches that exist within the newsroom.

This was the key message that David Boardman, Dean at Temple University School of Media and Communications, had gathered from his recent conversations with both journalism students and working editors.

Speaking during a panel at WAN-IFRA’s World News Media Congress 2022 in Zaragoza, Boardman listed some specific examples that can lead to tension:

Young reporters question the journalistic principle of “objectivity,” saying it has led to a false balance of voices with topics such as climate change.
Young journalists prioritise a healthy work-life balance (instead of working overtime to “pay their dues”), and often prefer the home office over the newsroom.
The young are frustrated by the lack of progress in diversity and representation, as newsrooms and particularly editorial offices remain “overwhelmingly white, overwhelmingly male.”

These are real and frequent conversations also at Süddeutsche Zeitung, said Wolfgang Krach, the newspaper’s Editor-in-Chief. And recent changes in the newsroom have only intensified these debates: in a newsroom of 500 people, about 100 were hired during the past few years.

“So we have a lot of young people, and we’re having exactly these discussions,” Kra...