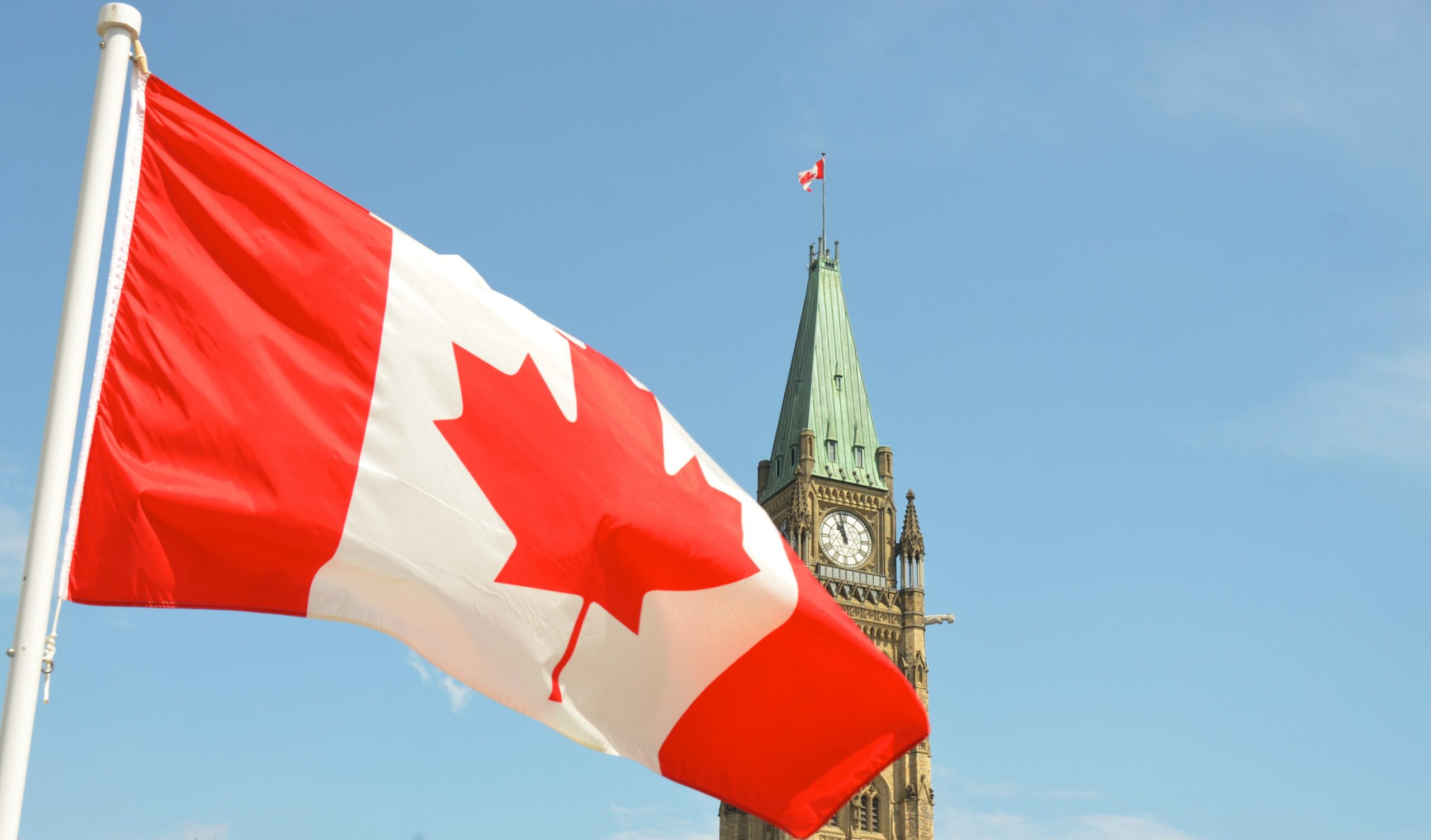 Canada’s Online News Act is arguably the most anticipated news in media policy this year. The Parliamentary Budget Officer expects that news businesses will receive from deals under the bill “a total compensation of $329.2 million per annum“.

Bill C-18 has passed the House and is now awaiting a second reading in the Senate: it is expected to be implemented by the spring of 2023 with strong bipartisan support. Also the public expressed its favor for regulation that would level the playing field. Indeed, WAN-IFRA member News Media Canada found in a studypublished in May 2022 that almost 80% Canadians believe web giants should be compelled to share revenue generated from news content with the outlets that produced it.

The text that is now in discussion draws inspiration from Australia’s News Media Bargaining Code, particularly in its adoption of a final offer arbitration. Both the Act and the Code aim at correcting a “significant bargaining power imbalance” between news businesses and tech giants by forcing negotiations on the remuneration ofnews content. Specifically, the purpose of the Canada Online News Act is to “regulate digital news intermediaries with a view to enhancing fairness in the Canadian digital news marketplace and contributing to its sustainability”. Like the Code, the Act belong to the realm of competition law and allows for collective negotiation.

The Bill applies to digital news intermediaries, defined as ” an online communications platform, including a search engine or social media service, that (…) makes news content produced by news outlets available to persons in Canada”. The law explicitly excludes application to messaging services. The making available of news content for the purpose of the Law happens when ” the news content, or any portion of it, is reproduced”; or “access to the news content, or any portion of it, is facilitated by any means, including an index, aggregation or ranking of news content”. News content is defined as content — in any format, including an audio or audiovisual format — “that reports on, investigates or explains current issues or events of public interest and includes such content that an Indigenous news outlet makes available to an Indigenous community by means of Indigenous storytelling”.

The implementation of the Law is assigned to the Canadian Radio and Telecommunication Commission (CRTC), which is an arm’s length commission of the Government: the objective was to ensure that every call would be made by professional public servants, not politicians. The CRTC maintains a list of digital news intermediaries subject to the Act, a list of eligible news businesses and a roster of possible arbitrators that the parties will choose from to constitute the three people panel when needed. The Commission is also directed to establish a code of conduct for the negotiations under the Act.

When deciding of the designation of a digital news intermediary as subject to the Bill, the CRTC needs to evaluate if there is a “significant bargaining power imbalance” with news businesses, having regard of the size of the intermediary – without further specification -, and whether it occupies a prominent market position with a strategic advantage over news businesses in the market in which they operate.

The Bill also establishes that platforms can be exempted from application of the law when they can demonstrate that enough agreements are in place with publishers, which “do not (…) undermine the freedom of expression and journalistic independence enjoyed by news outlets”. The deals must provide for fair compensation that will be used to support the production of news content and must involve a range of news outlets that reflect the diversity of the Canadian news marketplace.

A news businesses is eligible if it is a qualified Canadian journalism organisation under income tax law or: the content is edited, designed and published in Canada; it produces original news content focused on matters of general interest and current events – it specifically must not be a specialised publication for example on sports, recreation, arts, lifestyle or entertainment; it employs two or more journalists. Also eligible are news businesses operating an Indigenous news outlet and producing news content that includes matters of general interest.

Negotiation under the code lasts 90 days. If the parties are unable to reach an agreement they enter a 120 days mediation process. The arbitration starts at the request of one of the parties when the mediation fails, and it can take 45 days. Each party presents the arbitrators with their final offer for the remuneration of news content produced by the news outlet and made available by the digital news intermediary. The arbitration panel makes its decision by selecting the final offer made by one of the parties, taking into account three criteria: the value added to the content by each party, the benefits that both receive from the content being made available by the news intermediary, and the bargaining power imbalance. If the panel dismisses both offers, the parties are enabled to submit new ones.

The Canadian law differs from the Australian model in a few aspects.

Importantly, it is made clear that the deals under the bill must allocate an “appropriate portion of the compensation” to “support the production of local, regional and national news content”. Therefore, the proceeds cannot be assigned to payoff of private equity firms or executives. The agreements must “contribute to the sustainability of the Canadian news marketplace” and involve “a significant portion of independent local news businesses” and Indigenous news outlets, as well as “news outlets in both the non-profit and for-profit sectors”.

Critics of the Australian Code indicate the lack of transparency as the law’s most worrisome shortcoming. Canada tried to correct this aspect establishing a series of powers for the CRTC to obtain disclosure on the agreements between digital platforms and publishers.

First, a digital news intermediary who applies for an exemption from the bargaining obligation needs to providethe Commission with the details of the agreements already signed with news businesses. The assessment concerns agreements “as a whole” which means it will be carried in aggregate, and not involve examination of each deal separately. The Act lists six criteria which need to be fulfilled for an intermediary to receive the exemption, concerning the amount of remuneration, its use, beneficiaries and effect of agreements on the Canadian media ecosystem as a whole. The Commission is obliged to publish on its website all exemption orders it makes, together with reasons for granting or not granting an exception.

Secondly, eligible news businesses need to file deals they conclude with the Commission within 15 days after the day they entered into force (sec. 32).

Thirdly, the Act requires that the Commission appoints an independent auditor to conduct an annual review of the Act’s impact on “the Canadian digital news marketplace” (sec. 86). The auditor’s report must discloseaggregated information on the total commercial value of concluded agreements, the distribution of this value between eligible news businesses and how it impacts news businesses’ expenditures.

Paul Deegan, President and CEO of News Media Canada explained to a delegation of WAN-IFRA members this week that while the new law will significantly impact the sustainability of news businesses, it cannot save the media alone. He insisted on the importance of a a few initiatives of the Government that bring much needed support to the industry and should be maintained. Mr. Deegan mentioned the $500 million program launched in 2019 which allows qualified journalism organizations to receive a 25% tax credit toward editorial labor. The tax credit applies to the labour costs associated with producing original content and is open to both non-profit and for-profit news organizations. He also praised the Local Journalism Initiative in support of local journalism in underserved communities. The provision is part of the Special Measures for Journalism, launched in the early days of the Covid-19 pandemic as a five-year commitment with a budget of $50 millionand that were granted at the end of October 2022 a new investment of $40 million over three years. This funding includes a $1.5 million investment over three years ” for unique new projects that focus on innovative ideas to support magazines and community newspapers”.

Mr. Deegan concluded his talk with the Directors of WAN-IFRA Member Associations quoting the tagline of the Canadian Journalism Foundation: as journalism goes so goes democracy.