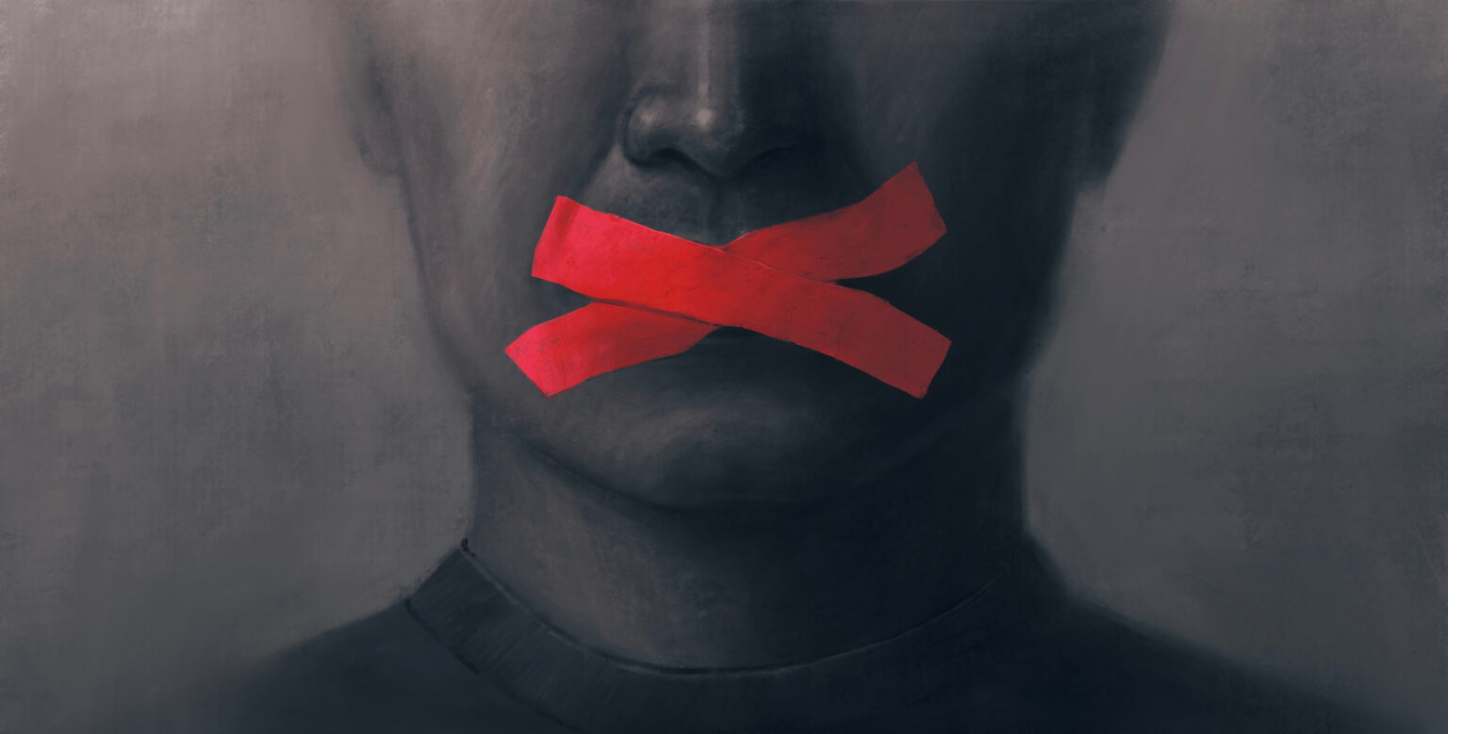 Letters threatening a lawsuit are usually phrased in harsh terms and are marked “private and confidential,” seemingly prohibiting journalists from publishing them. They are designed to intimidate.

Calling the lawyers’ bluff and publishing the letter alongside reasons the media outlet intends not to comply can be a powerful tactic of resistance. Examples of journalists doing this successfully include Maltese media outlet The Shift, which called out a threatened lawsuit by the notorious litigant Henley & Partners; and South Africa’s Daily Maverick, which publishes threat letters alongside editorials defending its stance. 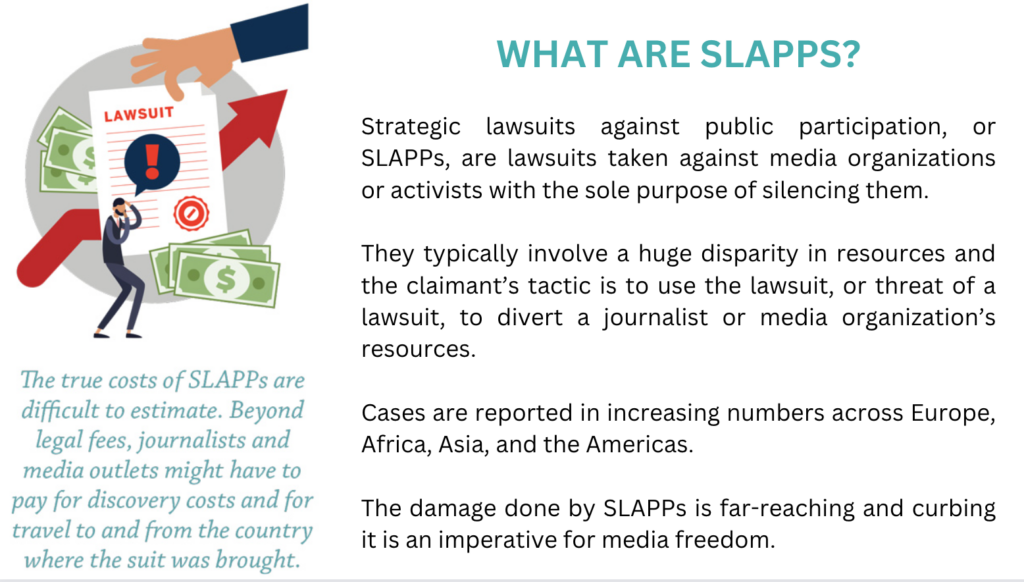 As long as their work is good, journalists should not fear going public about the threat of a lawsuit. As Estonian journalist Anna Pihl, who was sued in relation to her work on organized crime, says: “You don’t have to be worried that you can’t write your stories if you’ve done everything correctly. If your work is of a high standard, in the end the journalist will win.”

However, when a journalist decides to do this, they should first seek advice from their own lawyers. As with pre-publication vetting, the journalist-lawyer partnership is key to success.

Speaking out also creates greater solidarity. It can result in better access to financial resources or pro bono support, and eases the emotional toll of defending SLAPP suits (the psychological toll of defending SLAPP suits can be particularly heavy). The activists who fought the Mineral Sands case in South Africa came together in the “Asina Loyiko” campaign (an isiXhosa phrase that means “we have no fear”), which has since its launch grown into an international campaign against “corporate bullying” and provides resources to victims of SLAPP lawsuits. The Coalition against SLAPPs in Europe (CASE) and, in the United States, Protect the Protest are similar examples of how to build power through solidarity.

Profiling companies that repeatedly bring SLAPP suits against journalists and activists can be a powerful way of shining a light on those who seek to abuse the legal system for their own gain. By documenting previous lawsuits and threats brought by a given company, news outlets and civil society organizations can demonstrate a pattern of abuse by claimants. This strategy played an important part in the “abuse of process” defense used in the Mineral Sands case in South Africa and has been suggested in other countries as well. The defendants in the Mineral Sands case argued that the intention of the claimant was to silence them, as evidenced by the “pattern of conduct by the mining companies in which they seek to bring defamation actions for these purposes.”

The global SLAPP crisis is posing a serious threat to the work of many journalists, activists, and independent media outlets. To alleviate the burden these suits place on independent media, lawyers and media support organizations must pursue pragmatic solutions alongside or as a short-term alternative to reforming defamation and other laws. Although such reform is necessary, the reality is that achieving it is a long, arduous, and unpredictable process.

There is no silver bullet to the problem of SLAPPs. In every country, the situation needs to be carefully analyzed and a package of measures tailored to the country situation should be pursued. It may well be that in some countries none or only some of these short-term measures will work. For example, where the judiciary is not independent and the outcome of a trial is a foregone conclusion, cost-capping or a media insurance policy will not help. However, in many countries there is scope for introducing the tactics and strategies discussed in this report and if several of these solutions are implemented alongside one another, as a package of measures, there is no doubt that this will make news outlets and journalists far more resilient in the face of SLAPPs.

A media outlet that has had their reports vetted prior to publication by a specialist media lawyer, and that can call on insurance or a similar initiative to provide them with specialist lawyers at a low cost, is immeasurably better equipped to resist a SLAPP, or even just a letter threatening a lawsuit, than an outlet or a journalist who faces the prospect of defending the case on their own.

To enable SLAPP defendants to make use of these options, media support organizations and international donors have a role to play. In addition to advocating for legal reform, media development stakeholders can provide resources and facilitate partnerships that would allow journalists and media organizations to resist these attempts to disrupt their work.

This is an edited extract from the CIMA report: Fighting SLAPPs: What Can Media, Lawyers, and Funders Do?

About the  author, Peter Noorlander, has spent his professional life defending journalists and the right to freedom of expression. He co-founded and led Media Defence which provides legal defense to journalists, and he has been at the heart of international campaigns on issues such as the right to information and ending the imprisonment of journalists for defamation. He has worked at organizations such as ARTICLE 19 and Open Society Foundations, where he has designed and funded projects to promote media freedom. Peter is a trustee of Doc Society, a nonprofit committed to enabling great documentary films and connecting them to audiences globally, and of ARTICLE 19 Europe, which works for a world where all people can freely express themselves and actively engage in public life without fear or discrimination. Peter consults on issues of media law and policy, civil society empowerment, and organizational development.