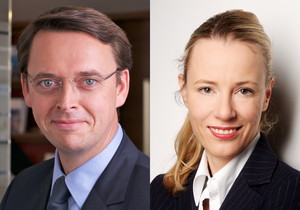 Dr. Martin Fabel, a partner based in Berlin and Dubai, leads A.T. Kearney’s global strategy practice. He is also a member of the Communications/Media/Technology practice and has worked with several traditional and new media companies across Europe.

Mirja Telzerow is a member of A.T. Kearney’s Communications/Media/Technology practice and is based in Berlin. She has worked on several large transformation programs in the media and communications industries.


2012 saw several abrupt contractions in the newspaper industry in Europe – the end of the Financial Times Deutschland and of France Soir, bankruptcy for the Frankfurter Rundschau and dapd, and big cutbacks at El País in Spain, to name a few. Do you expect similar developments in 2013? Why or why not?

Dr. Martin Fabel and Mirja Telzerow: We expect the trend to continue, because of further declines in both circulation and advertising revenue. The change in media consumption will be accelerated by the penetration of smartphones and tablets with improved access to 4G networks and public WiFi zones. Speed of information and the volume of free, non-exclusive content on the internet has decreased the willingness of people to pay for daily newspapers.

The outlook is brighter only for weekly papers where exclusivity, richer content and reading for enjoyment are the distinguishing characteristics. In terms of advertising – of which only a small portion reaches newspapers anyway – the spend will further migrate online, especially to new regional/local initiatives seeking a targeted audience. Furthermore, newspapers’ reach has fallen to critically low levels for many editions, which makes them even less attractive for advertising. Since digital revenue is still missing and cost reductions are mainly incremental instead of transformational, we expect to see more publishers failing to cope with the challenges ahead.

What positive signs for the industry do you see in the near term? Long-term?

We expect printed-newspaper circulations to reach a preliminary threshold in the next three to five years, meaning they will temporarily level off before continuing their long-term decline, which is caused by the increasing portion of digital natives in the overall population.

Eventually, that will accompanied by a consolidation of the overall newspaper landscape, where we expect two groups to survive: the largest players and the small, highly flexible and focused players. In the course of this consolidation the remaining players could increase prices significantly and “skim the niche,” profiting from the lack of competition.

We also expect a consumer shift towards an increased willingness to pay for digital information. Even though paywall concepts/metered models have not been successful from a profit perspective so far, they are going in the right direction. With the increased use of apps (we mean rich media apps, not simple replicas of print publications), publishers might have the opportunity to rewrite the story of paid content again. However, because revenue levels in digital publishing, e.g. advertising and subscription fees, will be on a significantly lower base than in print, publishers will be forced to substantially re-invent their operating models in order to survive.

Please give some examples of promising business models that have emerged from newspapers in Europe recently.

Because digital revenues cannot compensate for the loss of print revenues, we regard the most promising business models as those which reveal further revenue streams, i.e. merchandising and partnering (travel, branded equipment, etc.), and line extensions with content re-utilization and content marketing. Obviously, this will increase the complexity of the business model and might not be applicable for all publishers.

Thus companies should ask themselves if core competencies can be leveraged or developed in an efficient and effective way to ensure a competitive advantage with a new business model.

Generally, we believe that the key success factor is the right translation of the business model, that is, revenue streams, customer groups and value propositions, into the most suitable operating model.