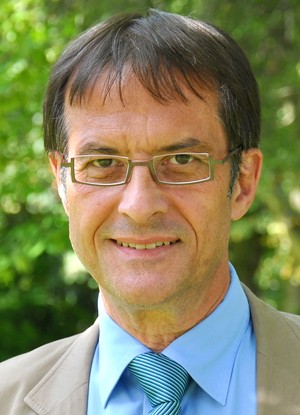 “Publishers are being very selective about what they are investing in, and they have to be able to justify those investments on the business side,” Werfel says.

And, he adds, “Retrofitting is still a good business for suppliers.”

Werfel says he sees more openness on the part of production-equipment suppliers toward working with equipment that was originally made and installed by their competitors.

As an example he cites a project in India where a publisher wants automatic plate changing. Several suppliers are open to doing the work, even though it might involve working with presses from a different company.

“Suppliers are much more open to this kind of project-based cooperation with their customers, which includes upgrading competitive presses or adding value to older systems,” he says.

For example, he says, one supplier recently said it had developed a new touch-pad-based control system for an old press made by a competitor. In the past, that kind of development would not have been possible. “Now, the suppliers are very flexible,” Werfel says.

“It’s very clear that digital printing is the technology of choice for this kind of printing, and this is now gradually extending to metropolitan areas for the printing of regional newspapers,” Werfel says.

“This is something that is developing slowly in Europe, where you have metropolitan distribution of regional newspapers, also in small volumes. That’s one area where digital newspaper printing is well established,” Werfel says.

Another area where digital printing is doing well is in hybrid offset/digital operations, and that’s driven by product development, he says. For example, in Europe, Axel Springer and News International both use high-speed digital imprinting units, especially in the area of passcodes. A unique alphanumeric passcode printed on each copy enables the newspaper reader to access additional content on the web or a mobile device for one day. The system will accept the code only once, so it can’t be shared with anyone.

“What that says to me,” Werfel says, “is that the success of digital printing depends not so much on technological questions as on business questions: ‘How do you create new products and how do you market your content?’ I think there’s a lot of potential in digital printing, but it needs to be brought to life, business-wise and product-development-wise.”

Another possible application for hybrid printing is to combine national and international content with regional, local, and even hyperlocal content. “You can use your commercial press for the general content, the international and national content, and you could run that without stopping, which is the best use you can make of these presses, because they are made for high-speed continued use. But nobody is using it that way,” he says.

Werfel adds that suppliers are doing a lot of research into digital printing, into the printing technology itself or into finishing systems. “It makes a lot of sense to think about and develop smart finishing systems that really create the newspaper copies at the end,” he says.

“In my view, those are now bigger questions than the technical questions,” Werfel says. “Today, technically, everything is possible. The question is what do they mean for the business of printers in the future? And that’s really the open question.”

It’s also a key reason that WAN-IFRA is launching the World Printers Forum, which will have its first conference during World Publishing Expo in Amsterdam on 15-16 October. See our related interview with the conference’s keynote speaker, Saranga Wijeyarathne, which is available by clicking here.