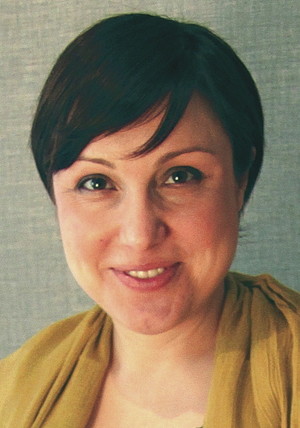 WAN-IFRA: What findings in this year’s World Press Trends really surprised you?

Mira Milosevic: The growth rate of the mobile Internet and all its implications. This is not really a surprise, but it is still quite an extraordinary trend, and it’s all happening very quickly. Last year was the year that desktop Internet usage globally decreased in favour of mobile. Mobile advertising is rapidly growing and is expected to reach US$ 52 billion in revenue in 2017; mobile apps are becoming an important global market, expected to reach $70 billion globally in 2017, representing another big opportunity for publishers; and mobile commerce is seen as the biggest driver of mobile Internet growth, with $516 billion in sales expected by 2017.

There is a myriad of changes occurring as a result of increased smartphone usage and mobile Internet growth. The shift in consumption patterns and habits is extremely important because it changes the way news is packaged, distributed, discovered and consumed. We have been talking about the year of mobile for the last 10 years. And it finally happened in 2014, which was definitely the year when we entered a new era of digital and mobile – and the change is accelerating.

What are some positive and negative trends underlying the finding that circulation revenue is greater than advertising revenue?

Print used to be one of a few available marketing channels, the one that was ubiquitous for branding and advertising and a logical choice for all marketers. Unfortunately, the basic assumption of the news business model – the subsidy that advertisers provided to news content – is no longer widely valid. And figures tell us that digital advertising is unlikely to make up for lost print advertising revenues in the near future.

The trend that we are seeing in most newspaper markets is that print advertising’s share of overall revenue is declining, and this decline is forecast to continue. A drop in advertising revenue means less money for the newsroom.

Consequently, the story of circulation revenue is the flip side of the coin. The positive aspect of the trend is that audiences worldwide continue to read news publications and continue to value them. In many countries, combined figures for digital and print readership indicate that more than 80 percent of adults read newspapers at least once per month. As we develop new audience measurement methodologies that extend to mobile and tablet, we are seeing strong evidence that newspaper-originated content nowadays reaches more people than ever.

Most national news outlets are finding ways to monetise this continued interest and commitment from audiences. However, the increased importance of audiences as a revenue source puts additional pressure on newsrooms, and requires a completely new approach to building and maintaining relationships with readers.

As the authors of The New York Times Innovation Report eloquently put it: It is a shift from a single-copy print reader to a digital loyalist. That is neither simple or easy to achieve.

Please keep in mind that those figures are five-year trends for print circulation only. I think the difference could be explained by two factors.

Newspapers in North America have traditionally relied more on subscriptions than on single-copy sales, whereas single-copy sales have been dominant in many big European markets. Consequently, North American newspapers have used their marketing operations to maintain some of their print subscription base and at the same time develop large numbers of subscribers for both their digital and bundled products, much more quickly than most of their European counterparts could.

It is very difficult to find the exact numbers, but there are indications that bundled print-digital subscriptions in the USA have had a positive impact on print circulation. Meanwhile, some European newspapers have continuously increased single-copy prices over the last decade, keeping revenues level while circulation declines.

It is very difficult to single out the impact of price on purchase decision-making. That is the case even in industries that face less turbulent market environments. However, there are several national examples where numbers tell the story.

The newspaper business in India is still the healthiest print newspaper industry in the world. Its growth cannot be explained solely by the increased purchasing power of a growing middle class and relatively low broadband Internet penetration. Newspaper copy prices have played a hugely important role for the success of the industry.

Newspaper cover prices in India are among the lowest in the world, and range from US$ 0.03 to US$ 0.10 per copy. They have remained stable for 15 years – despite inflation of more than 400 percent over the same period. Indian newspapers made a strategic decision to make the cover price of newspapers a virtual non-issue for readers. That decision has contributed to the extraordinary growth of the newspaper sector in India over the last 10 years.

In mature markets, however, newspapers are adopting strategies to make more money from fewer subscribers. In the U.K., national newspaper prices have increased by an average of 94 per cent over the last 10 years. The decision to increase the price of the print product has had a long-term impact on single-copy sales.

Interestingly enough, over the same period, U.S. subscription prices have increased as well, but this has had less effect on print circulation. U.S. newspapers have increased subscription prices by 40 to 60 percent between 2006 and 2011, but they have lost only 20 percent of their paid subscribers. One study concluded that the price increase did not come as a result of a cost increase or a value increase, or after a careful analysis of price elasticity, but rather as a direct reaction to lost advertising revenue.

What factors account for the wide variation in payments for digital content, ranging from 22 percent in Brazil to 7 percent in the U.K.?

Those numbers come from the Reuters Institute Digital News Report, which tracks and compares changes in online news consumption across nine countries. One of the methodological notes says the survey covered only urban Brazil, which would probably explain the higher portion of news consumers who had paid for digital content.

However, I think the report’s main finding that worldwide, more than one in 10 people (11 percent) say they have paid for digital news in the last year – either via a one-off purchase or an ongoing subscription – is a positive development for the industry. And the share of payments attributable to subscriptions is growing. However, we are only beginning to investigate and understand all the factors that affect consumers’ willingness to pay for content online.

All countries that have strong media industries are making significant efforts to introduce cross-platform measurement metrics and present the true value of media usage time and frequency to advertisers. We are following developments in the U.K., Australia, the Netherlands, Singapore, Italy, Belgium, France, Switzerland, Norway, Brazil, and Argentina – just some of the countries that have made significant progress in developing cross-platform measurement in cooperation with agencies such as comScore and Ipsos.

The challenge is not only transitioning from quantitative measurements, such as page views, to more qualitative measures, such as level of engagement with the content. We are also monitoring various attempts to combine data on print readership (usually average readership per issue, daily or weekly) with data on digital usage (usually unique users, daily or monthly).

Even the definition of what constitutes a digital edition of a newspaper differs from country to country. So measurements of reach and circulation vary even more widely, according to the definitions of national industry bodies.