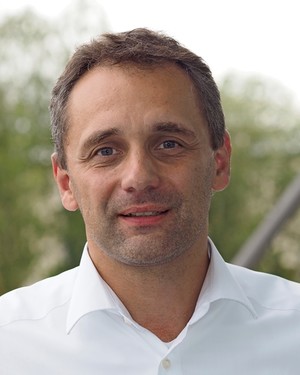 Heitzer has worked at the printing plant at Germany’s Süddeutsche Zeitung (SZ) in Munich since 1996, and during the past 20 years, he has been responsible for a variety of projects including their press re-investment, the automation of their paper-roll handling process as well as retrofit projects.

The press generation installed at the print centre at Germany’s Süddeutscher Verlag is already 12 to 14 years old. For several years, it has been increasingly difficult to obtain electronic spare parts.

For this reason, Heitzer says they decided to perform a modular press retrofit. The plan was to modernise the control system of a printing unit or folder, to “harvest” spare parts for reuse elsewhere, and to raise the availability of the presses.

“We wanted to install the control system ourselves as far as possible, something that can only be done with well trained personnel and using standard industrial components,” he says.

In this brief email interview ahead of his presentation at our Print World conference during the World Publishing Expo in Vienna, Heitzer told us about some of the advantages of retrofitting a press as well as how they prepared their team for the project.

WAN-IFRA: What are the main advantages to retrofitting a press?

Heitzer: The main advantage of a retrofit is that it can be performed flexibly in line with our needs and with our own personnel.

How does the process work? What are the key steps involved?

The process only functions when realised in a team. Once the objectives were clearly defined, we looked for a partner for the implementation. The key process step was the engineering for the control system. The open and constructive cooperation between control system supplier and user was here decisive.

When you went through a retrofit, how long did the process take – what was the timeline like?

A good six months passed between the initial idea and the signing of contracts. The implementation for the first section (3 towers and a folder) lasted between two and three months, each further section then between four and six weeks.

How do you prepare your staff for such a project?

We have always endeavoured to provide good training for our personnel and to solve technical problems ourselves where possible. That automatically expands the detailed technical understanding of the staff. This existing knowledge and the supplementary training provided by the control system supplier on the new components formed the basis for success.