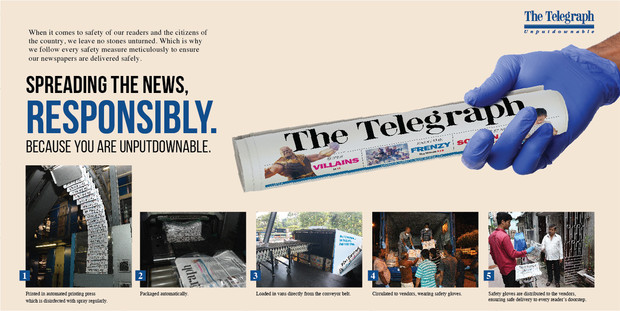 “The likelihood of an infected person contaminating commercial goods is low and the risk of catching the virus that causes COVID-19 from a package that has been moved, travelled, and exposed to different conditions and temperature is also low,” a statement from the World Health Organisation (WHO) said.

WAN-IFRA CEO Vincent Peyregne states, “According to current knowledge, the new coronavirus is transmitted mainly by droplets, when patients cough, sneeze or spit in the vicinity of another person. The risk of being contaminated by an inert material such as newsprint seems infinitesimal and really depends on the handling conditions. The idea of a virus stuck to paper is not seriously considered because it is a virus that is extremely susceptible to drying out.”

The rumour has been spreading panic in many parts of the world and making a dent in the sales of single copies, and even subscriptions, of newspapers that have already been reeling under distribution hurdles and plummeting ad revenues.

The issue has been particularly visible in India where print is still the dominant media player and the readership base is huge.

What are the facts?

Dr Nalini Ramamurthy, Director – King Institute of Preventive Medicine (rtd) and Former Scientist with WHO South East Asia Region, says, “For a person to get infected, besides several factors, the virus load is also a factor depending on the virus. In case of COVID-19, it is not known. It is known on inanimate surfaces the virus may survive for a varying period of time depending on temperature and other conditions.”

No studies of survival of the virus on paper have been conducted so far; the closest is is studies on metal, plastics and cardboard.

Ramamurthy says that the likelihood of an infected person contaminating commercial packing (paper) and risk of someone else subsequently being infected is low.

“By the time the paper reaches your home from the press it’s a few hours already. Most important is to take universal precautions which you are already taking when you buy other essentials groceries, vegetables, medicines. If the paper/magazine comes in a bag, discard the bag, wash hands with soap and water and do not touch your eyes, nose, mouth,” – Dr Nalini Ramamurthy, former scientist, WHO South East Asia Region.

In a statement issued by UPM, a major newsprint supplier, Martin Ledwon, Vice President Stakeholder Relations, noted that considering the current scientific view on ways of infection and the possible role of surfaces carrying a certain quantity of virus, it could be concluded that there was no specific risk associated with paper products.

Dr Rajni Kant, Scientist ‘G’ & Director, at the Indian Council of Medical Research, also noted that there was no evidence about newspapers being carriers. However, it could not be ruled out as well, hence better to take universal precautions.

On top of that, newspaper publishers have also been disinfecting their plants, machines and newspaper bundles and supplying safety equipment to their staff.

“At our printing presses across the country, along with the existing measures in place, the operating machines which are prone to contact by our staff are cleaned with sanitisers as well. The newspapers are printed on fully automated machines with minimal to no manual intervention,” – The Hindu Group spokesperson

Mohit Jain, executive president, Times Group, adds, “We are providing all our staff, hawkers and so on with masks and sanitisers. We have been fumigating around plants, but somehow the fake news has prevailed for now.”

He notes that despite the government declaring print media a part of essential services, people have been fearing for their lives when it comes to buying newspapers.

“If newspapers were a potential virus carrier, why would the government include it among essential services?” he asks, and points out that in Australia, NT News printed extra pages to help out people with toilet paper shortage.

If you are wondering if it’s safe to touch newspapers, here’s how @timesofindia is committed to its readers and prints its newspapers in a sanitised, automated manner. @WHO has said that reading a newspaper will not infect you with #Coronavirus 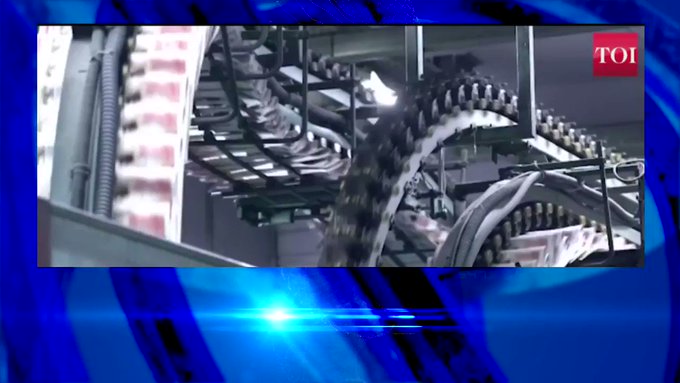 Campaigning to fight the crisis

With people shying away from buying newspapers despite the sanitation and disinfecting efforts, publishers have been trying to take the message to the readers through campaigns.

Most publishers have put out videos showing newspaper bundles being fumigated by men in overalls and masks.

“We are developing our own messaging that can go to the readers and tell them that paper is actually safe. For that we are also networking with other industry publishers. I’m constantly talking to my peers in the industry and asking them to develop messages.” – Mohit Jain, Times Group.

Jain notes that the messaging that goes out is of two parts: one, newspapers are the credible source of information in these times, therefore do not let go of it, and two, newspapers do not carry the virus.

Picking up the paper doesn’t mean you’ll pick up the virus. World Health Organisation and renowned doctors are calling newspapers safe, and we at The Times Group are taking every step to ensure that the only thing that comes to your doorstep is the news. #COVID19 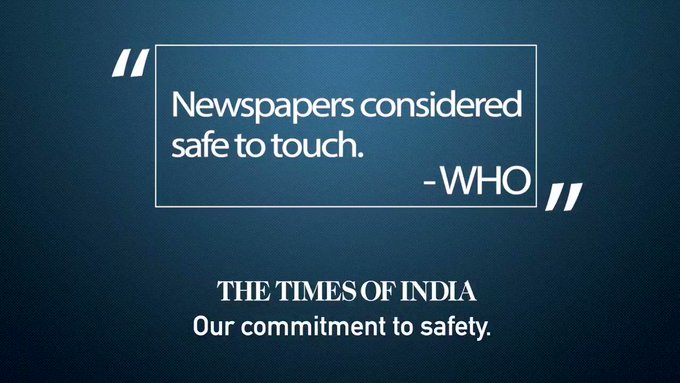 “Our primary focus during this time has been on ensuring we reach our subscribers safely and on time and to be sure we educate subscribers that our products not only disseminate fact-based and verified news but are also safe, thanks to all the safety measures in place,” said The Hindu Group spokesperson further adding, “We have collaborated with many of India’s leading newspapers to crusade against fake news. We asked readers to wait for the printed, well-researched, truthful articles that will help curb fake news, reminding everyone why ‘Print is proof’ and here to stay!”