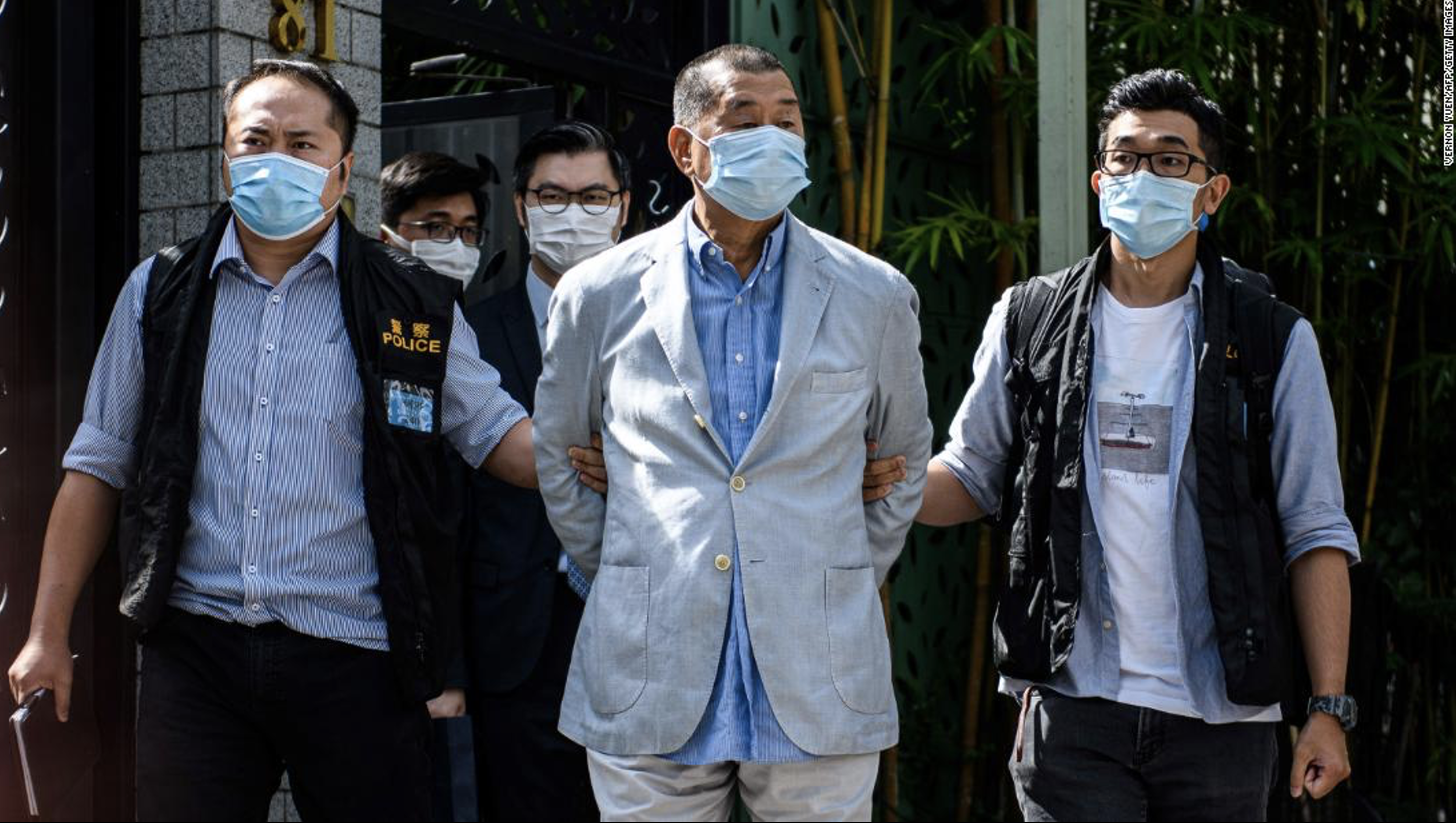 Mr Lai, his two sons, and six executives of Apple Daily’s parent company, Next Digital, were arrested under new National Security Laws early on Monday and some 200 policemen raided the Apple Daily offices. The laws, which were adopted by China for the city at the end of June, criminalise secession, subversion, and collusion with foreign forces – the charge levied against Mr Lai.

Apple Daily, a tabloid, is Hong Kong’s widest-read publication, both in print and online.

WAN-IFRA President, Fernando De Yarza Lopez-Madrazo,said the arrests and raid confirmed fears that the new law would be used to silence pro-democracy voices and the press. “It is a dark day for journalism and press freedom in Hong Kong. We strongly condemn the actions of Hong Kong’s National Security Department police on Monday as an assault on its citizens’ freedoms. It will unnerve not just the millions of inhabitants who were out on the streets for months on end, in a bid to uphold democracy, but journalists and human rights’ advocates worldwide. It risks increasing self-censorship in the city and stifling critical journalism.”

The world’s press is also increasingly concerned about the fate of jailed journalists, Zimbabwean Hopewell Chin’ono and Egyptian Mahmoud Hussein.

Last week, the Zimbabwean courts denied bail to Chin’ono, a 2010 Nieman Fellow, accusing him of stoking violence ahead of planned anti-government protests. Chin’ono has been actively exposing corruption in Zimbabwe.

On Sunday, the Egyptian authorities extended the detention of Al Jazeera journalist, Hussein, for another 45 days. He has been in jail since December 2016, surpassing the legal limit of detention without trial. Egypt has ignored calls by the UN for it to end the arbitrary detention.

Warren Fernandez, President of the World Editors Forum, said: ”We are deeply concerned about the rise in jailings of journalists. We stand with editors on the continent in calling for the release of Mr Chin’ono and urge regional powers to put pressure on the Zimbabwean government to stop criminalising critical journalism.”

“We also believe that Mr Hussein should be released, particularly in light of the worsening health conditions in Egypt’s jails.” Last month veteran Egyptian journalist Mohamed Monir, who contracted COVID-19 while in pre-trial detention, died in hospital.

About WAN-IFRA. WAN-IFRA is the World Association of News Publishers. Its mission is to protect the rights of journalists and publishers around the world to operate independent media. WAN-IFRA provides its members with expertise and services to innovate and prosper in a digital world and perform their crucial role in society. With formal representative status at the United Nations, UNESCO and the Council of Europe, it derives its authority from its global network of leading news publishing companies and technology entrepreneurs, and its legitimacy from its 80 national association members representing 18,000 publications in 120 countries.

About the World Editors Forum. WEF is the leading global network for editors of news organisations. It is built on a commitment to defend press freedom and promote editorial excellence. It was established around two decades ago and focuses on building the capacity of newsrooms through training, innovative practices, conferences and sharing of experiences. It is part of the World Association of News Publishers – the global organization of the world’s press. Read More