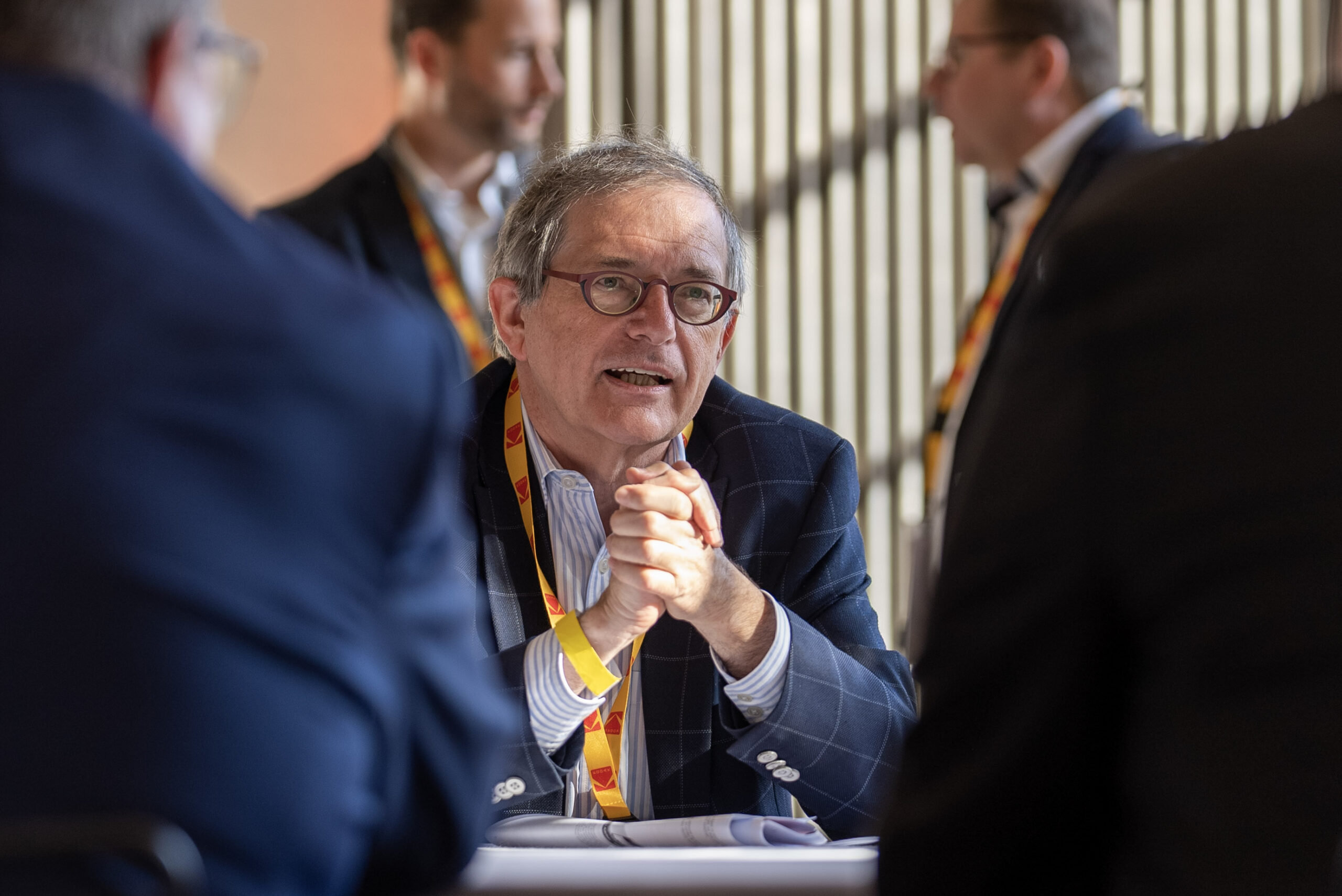 “We are not pessimistic, we are realistic, and we know newspaper circulation, distribution is going down,” he said.

Based in Antwerp, Mediahuis publishes newspapers in the Netherlands and Ireland in addition to Belgium.

The majority of the new subscriptions that Mediahuis has gained during the pandemic have been for digital, he said, but these are often combined with their printed newspapers on weekends.

Delivering the keynote presentation at WAN-IFRA’s European Printers Summit in Frankfurt, the association’s first in-person event in nearly two years, Huybrechts highlighted six “P’s” crucial for the success of printing plant operations as the news industry moves into a future that he acknowledges will be dominated by digital, but where printed products can have a prominent position – and a profitable one.
Place, production and products
Place: Just as in real estate, the location of a publisher’s printing plant is a fundamental factor for success.

Huybrechts noted that it is essential today that a printing plant be located where it can serve large numbers of customers.

He added that this is why Mediahuis decided to invest almost 40 million euros between 2017 and 2019 in its printing plant on the border of the Netherlands and Germany, which is also close to France.

“We are printing for all of these countries from that location. Place is very important for the future of print,” he said.

Production: There is a big advantage to printing newspapers since pla...