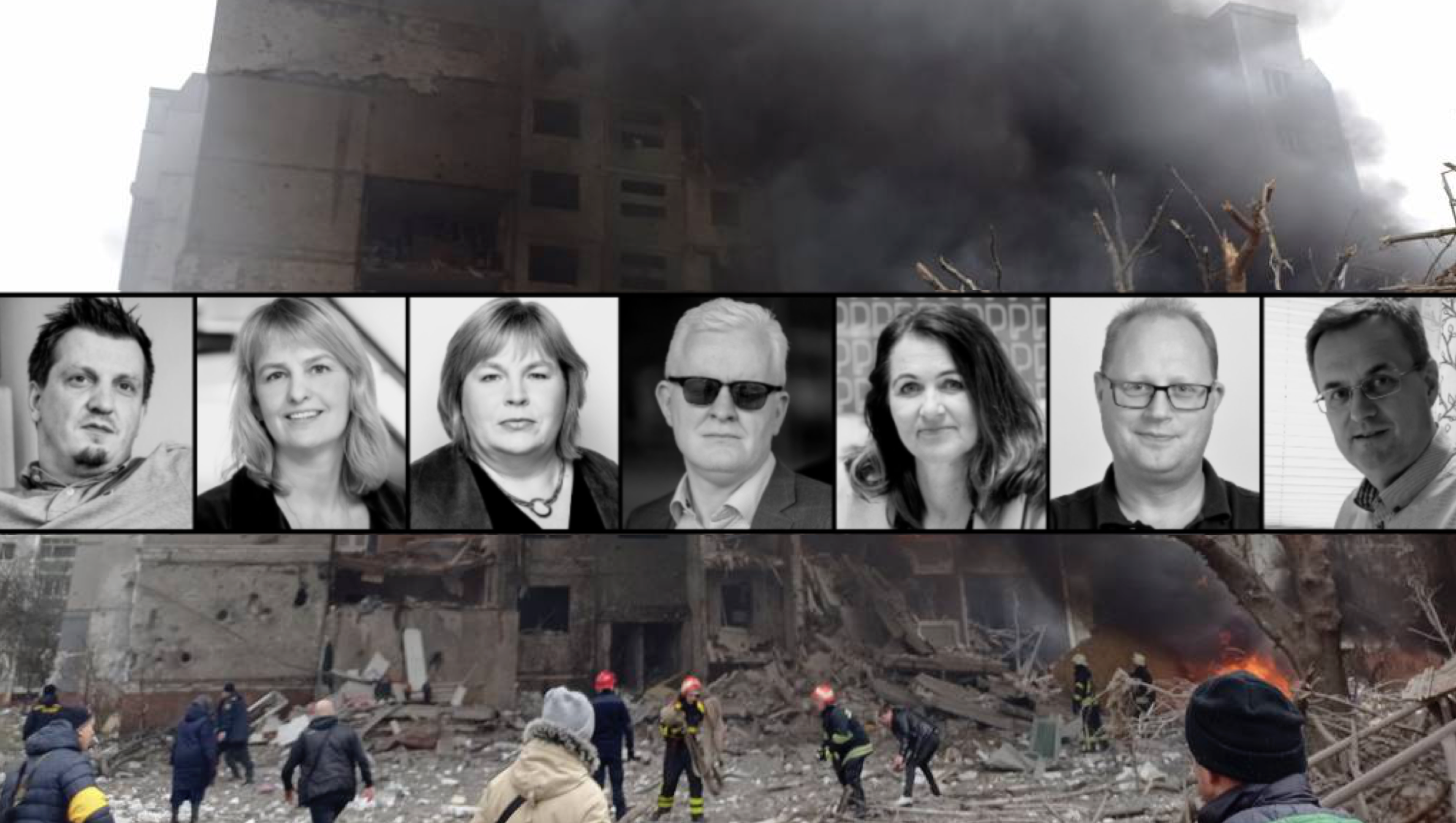 A week has passed since we woke up to the news of the brutal war on the European continent. Eyewitness accounts from the war zones – both documented by and disseminated in the free media – show how important independent journalism is in wartime.

We have also witnessed countless attempts to gag, block and restrict free, independent media from reporting on what is happening in Ukraine and Russia, which we strongly condemn. Freedom of the press has been in sharp decline in Russia for many years. In 2021, the country was ranked number 150 out of 180 in Reporters Without Borders’ press freedom index. Now the situation is far more precarious. Independent media are treated as potential enemies of the state.

The Russian media regulator Roskomnadzor issued a “reminder” to the country’s media on Thursday last week about the consequences of spreading “deliberately false information”. State media follow the directive closely, referring to the invasion of Ukraine as a “special operation” and not as a war, an attack or an invasion. The Russian Duma is about to pass a law that could give journalists up to 15 years in prison for publishing information about Russia’s invasion of Ukraine.

The Roskomnadzor warning was directed at a number of media outlets, such as Novaya Gazeta, Ekho Moskvy, InoSMI, Mediazona, New Times, Dozhd, Svobodnaya Pressa, Journalist and Lenizdat. Several of them are blocked, such as Dozhd and Ekho Moskvy. The latter is the radio channel that was established after the collapse of the Soviet Union and was a symbol of the newfound freedom of expression. They have now closed down the business as a consequence of the blockade.

For several years Norway has been at the top of the press freedom index. We have a special responsibility to support our colleagues and condemn the brutal attacks we have seen on press freedom in recent days. On behalf of Norwegian journalists, editors and media houses, we would like to express our support and solidarity with our colleagues in Ukraine and Russia. This is the time to support both the few independent media in Russia, and not least all the journalists who work with life as an effort in Ukraine. The Norwegian press organizations are united in protest against the gagging of journalism.

Every civilized society needs a free and independent press, just as a free press needs a free society. Even those in power in the Kremlin need to know what is going on in their own country.

Censorship or exclusion of free media can never be the solution.

Can we do more as the situation is now? We all examine what can be practically possible. At the moment, it is difficult to raise both money and other contributions. Therefore, for the time being, we choose to mainly channel support – both practical and financial assistance – through our respective international press organizations. This mainly applies to IPI (International Press Institute), EFJ (European Federation of Journalists) and WAN-IFRA (World Association of News Publishers).

Norsk Journalistlag has several security projects for Ukraine going through EFJ, and it is possible to contribute directly to this. They have also given advice to journalists working in Ukraine. Norsk Redaktørforening has taken the initiative to coordinate contact between newsrooms with journalists who are in Ukraine or close to the war zones. MBL, together with the Nordic publishing organizations, has started an action with the aim of being able to provide direct support to Ukraine’s free press. The goal is to ensure that Ukrainian media can continue to provide news to Ukrainian citizens and the rest of the world.

We also want active input on what more we can do. Feel free to contact any of us who are behind the appeal with input.

The Norwegian Media Businesses’ Association is a member association of WAN-IFRA. This article was first published on Mediebedriftenes Landsforening