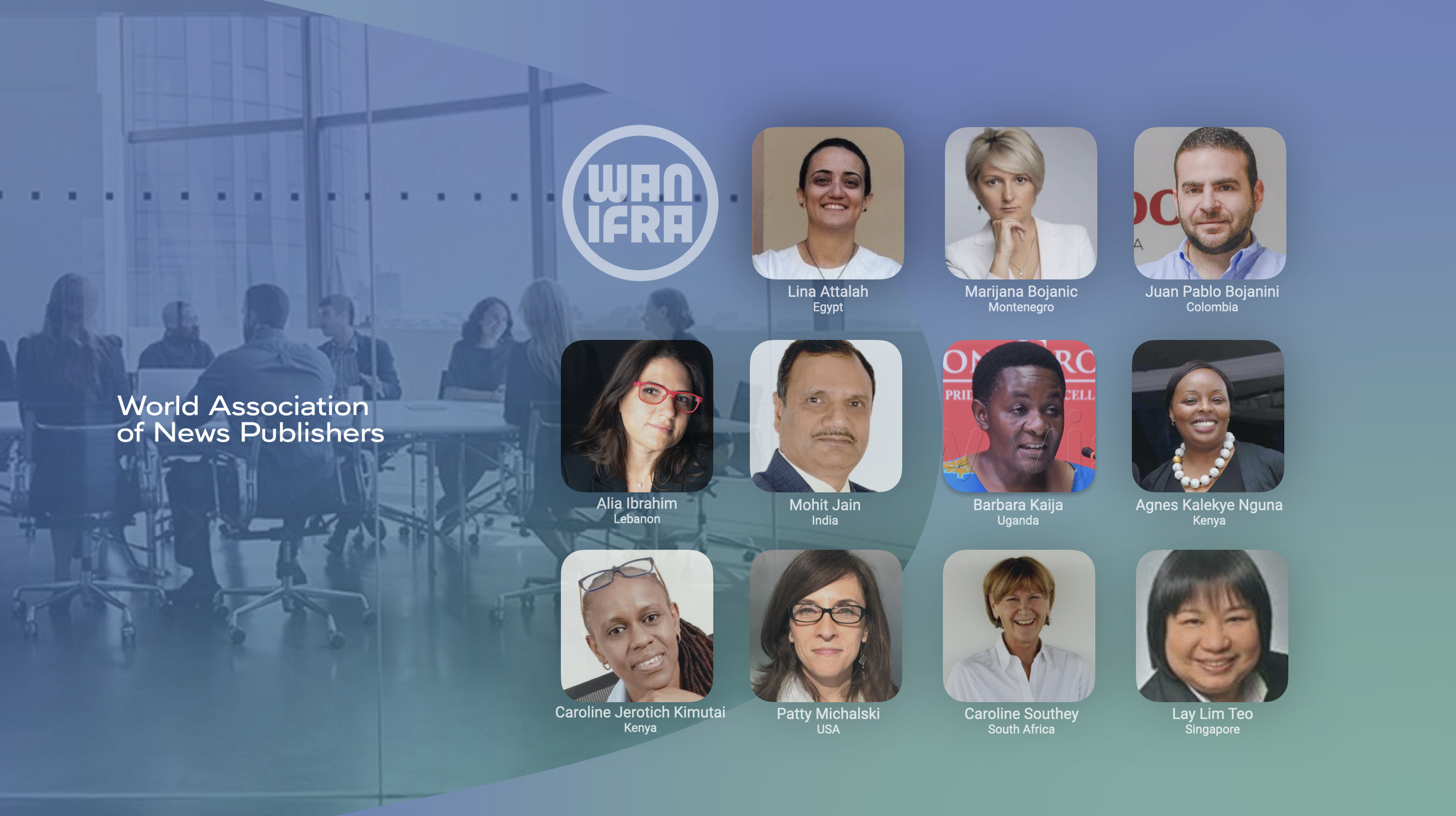 Eleven new Board Members were elected on the occasion of WAN-IFRA’s annual meeting on 17 June. Incoming Board members include:

The changes in its Board of Directors signal WAN-IFRA’s ongoing commitment to deliver on its strategic plan for Diversity and Inclusion initiated in 2017 and ensure that WAN-IFRA has the additional skillsets and experience to support future developments in different parts of the world.

In 2017, the strategy included measures, among other objectives, to address the gender imbalance within WAN-IFRA’s governance structures. At the June meeting, Vincent Peyregne, WAN-IFRA CEO, announced he will present an update on WAN-IFRA’s Diversity Equality and Inclusion (DEI) Strategy to its Supervisory Board in September 2022. The revised strategic plan will include a synopsis of progress toward the organisation’s original goals set in 2017 and revised targets advised by the DEI working group.

“Today’s announcement advances our ongoing efforts to expand the expertise and diversity of our Board and confirms that a growing number of women are taking up senior positions in the media. However, we are far from the parity we aspire to as an industry. I hope this and future elections will lead the way,” said Vincent Peyregne, WAN-IFRA CEO.

At the same meetings, 14 Directors we reelected to serve a renewed term:

The WAN-IFRA Board and management team extend their deepest gratitude to seven Directors retiring from the Board for their distinguished service over the past few years.

During the same meeting, WAN-IFRA reported on its activities over the first six months of 2022, including its media freedom and media development initiatives. WAN-IFRA Media Freedom department promotes Equality, Safety and Stability across a portfolio of work that is engaged with media in over 25 countries. In the past six months, the support received from WAN-IFRA members and partners showed the unprecedented capacity of this industry to work together to sustain independent media. In 2022, WAN-IFRA raised 750 K€ In direct financial support for local media and media professionals working in some of the world’s most challenging markets.

A significant part of this support was channelled to Ukrainian publishers and media professionals. Through its fundraising campaign, WAN-IFRA’s financial support reached 150+ Ukrainian publications and news organisations and has contributed to maintaining salaries, providing funds for essential services, and keeping the media running and operational throughout the country. Other vital direct financial support to media in fragile states included editorial grants for African media organisations and emergency aid to Afghan colleagues.

A growing membership and positive results for the fifth year in a row.

The financial report 2021 was presented to the Board and General Assembly of Members. For the five consecutive years, WAN-IFRA reported a positive financial result in 2021 thanks to an increased portfolio of externally funded projects, a high volume of consulting projects, the sustained participation in its programme professional conferences with more than 6000 registered participants over the first six months of 2022, and a growing membership base from both corporate and individual members.