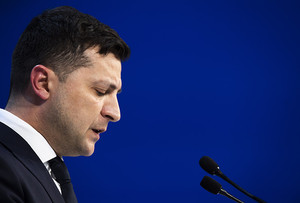 The bill was unveiled by Culture Minister Volodymyr Borodyanskyi on 20 January 2020. The draft law could lead to broad state interference in media and journalism activities “at the expense of media freedom,” and may not be efficient to counter disinformation. It is ostensibly to help protect against Russian disinformation, which is a significant problem in Ukraine.

However, many local and international organisations have protested that it represents a significant threat to freedom of expression, and it was described by the Association of Independent Regional Publishers of Ukraine as “a clear step towards censorship instead of workable tools for countering the influence of Russian disinformation”

Various countries have enacted or are considering similar legislation to control the flow of disinformation, particularly during the coronavirus pandemic. Some notable examples include:

ABOUT WAN-IFRA. WAN-IFRA is the World Association of News Publishers. Its mission is to protect the rights of journalists and publishers around the world to operate independent media. WAN-IFRA provides its members with expertise and services to innovate and prosper in a digital world and perform their crucial role in society. With formal representative status at the United Nations, UNESCO and the Council of Europe, it derives its authority from its global network of leading news publishing companies and technology entrepreneurs, and its legitimacy from its 60 national association members representing 18,000 publications in 120 countries. www.wan-ifra.org.

PROTECTING THE RIGHTS OF JOURNALISTS AND PUBLISHERS  WAN-IFRA regularly protests press freedom violations worldwide. Alongside our official statements calling for action, holding governments to account, and denouncing violence against journalists, we publish detailed background information from multiple sources concerning the cases we highlight.  We aim to bring the global spotlight to our members’ issues and challenges and invite you to contact us with any information you wish us to investigate as part of our commitment to protecting and promoting press freedom worldwide.