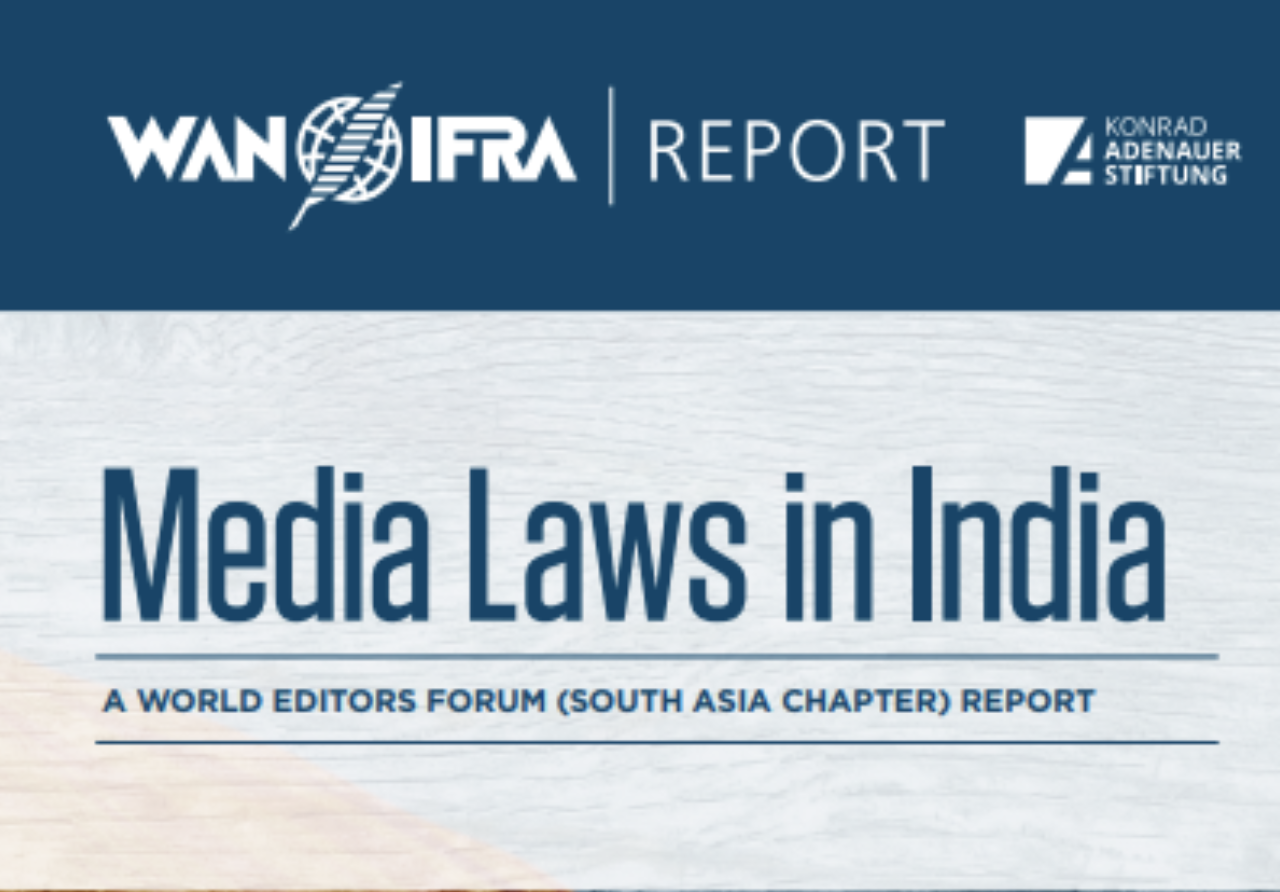 The report explores how laws have been misused to check the freedom of press and how journalists themselves should be more responsible while writing stories. The report, released on 31 October along with a panel discussion supported by Konrad Adenauer Stiftung, includes insights from senior executives from the media industry and the judiciary to give a balanced outlook.

India has the largest constitution in the world. However, there is no separate set of laws for press freedom. The freedom of the press is derived from the freedom of speech and expression guaranteed under Article 19(1) (a) for all citizens.

In the World Press Freedom Index 2020, India stood at 142 among 180 countries. Misuse of laws targeting journalists and media organisations to stop them from saying unpleasant truths have become a common practice. While journalists walk scotfree most of the time, with the slow nature of the judiciary, the process often becomes the punishment. At the same time there have also been instances of journalists overstepping the line encroaching on people’s right to privacy and reputation.

The report addresses the situation through case studies, testimonials, interviews and a few tips for journalists. The lead article in the report is written by Mukund Padmanabhan, former editor of leading national dailies in India including The Hindu and The Businessline, along with Anant Nath, Managing Editor of The Caravan, one of the top long-form narrative journalism magazines in India. The others who have supported the report through their inputs include Shekhar Gupta – Editor of The Print, Madhavi Divan – Additional Solicitor General of India and Geeta Ramaseshan – Lawyer at Madras High Court.

The application of the law is extremely problematic.

One of the important questions raised by Mr. Padmanabhan, who is also the chairman of the World Editors Forum South Asia Chapter, during the discussion was that where does the actual problem lie – is it with the laws themselves or does it lie in the flaws, in the way the justice or prosecutory system works. He observed that in the case of different laws that impact the media, it worked differently. “I think we need to think of alternatives as well in some cases, and not merely stop with just calling for the scrapping or repeal of some laws,” he said.

Ms Ramaseshan raised the issue of communities creating pressure to curb the freedom of expression of individuals and the state acting in a way suppressing the individual’s right to expression. “The application of the law by the criminal justice system, the state, the police etc., is extremely problematic. The judiciary has a great role to play in this in terms of accepting or rejecting cases, not granting certain bails etc.,” she said. However she also noticed that at times trial by the media becomes extremely virulent and there is a need to look at the rights of people who are weaker than the media which is a very powerful institution.

Mr Anam spoke in length about laws introduced in Bangladesh in the digital space, the much criticised Digital Security Act in particular. “The purpose of this Digital Security Act was to prevent exploitation of cyberspace for defrauding, transfer of money, spreading religious hatred and other such crimes. But this law which is not purposefully made for the press or for the media, but for cyberspace, is impacting on the freedom of the press because now each media is present in cyberspace,” he said. “In the two years of its implementation more journalists have been arrested than cyber criminals,” he pointed out.

Mr Krishnadas Rajagopal gave a first person account of what happens in the Supreme Court when issues of free speech and criminal contempt of court are heard. “Over the past few months there has been, in my view, an increase of cases concerning these subjects. Journalists booked under Unlawful Activities Prevention Act or UAPA and sedition laws come to the court for protection of their personal liberty. On the other hand the prosecution or the government oppose on the uniform ground of national interest and national security. The court responses in these cases are mixed. They range from giving hope to being a cause of public despair,” he said. “The issue is complex, it is multi layered and it needs discussion, and we have to address both sides,” he added.

WAN-IFRA members can access the report from the link https://wan-ifra.org/insight/report-media-laws-in-india/. Limited number of printed copies of the report are available.