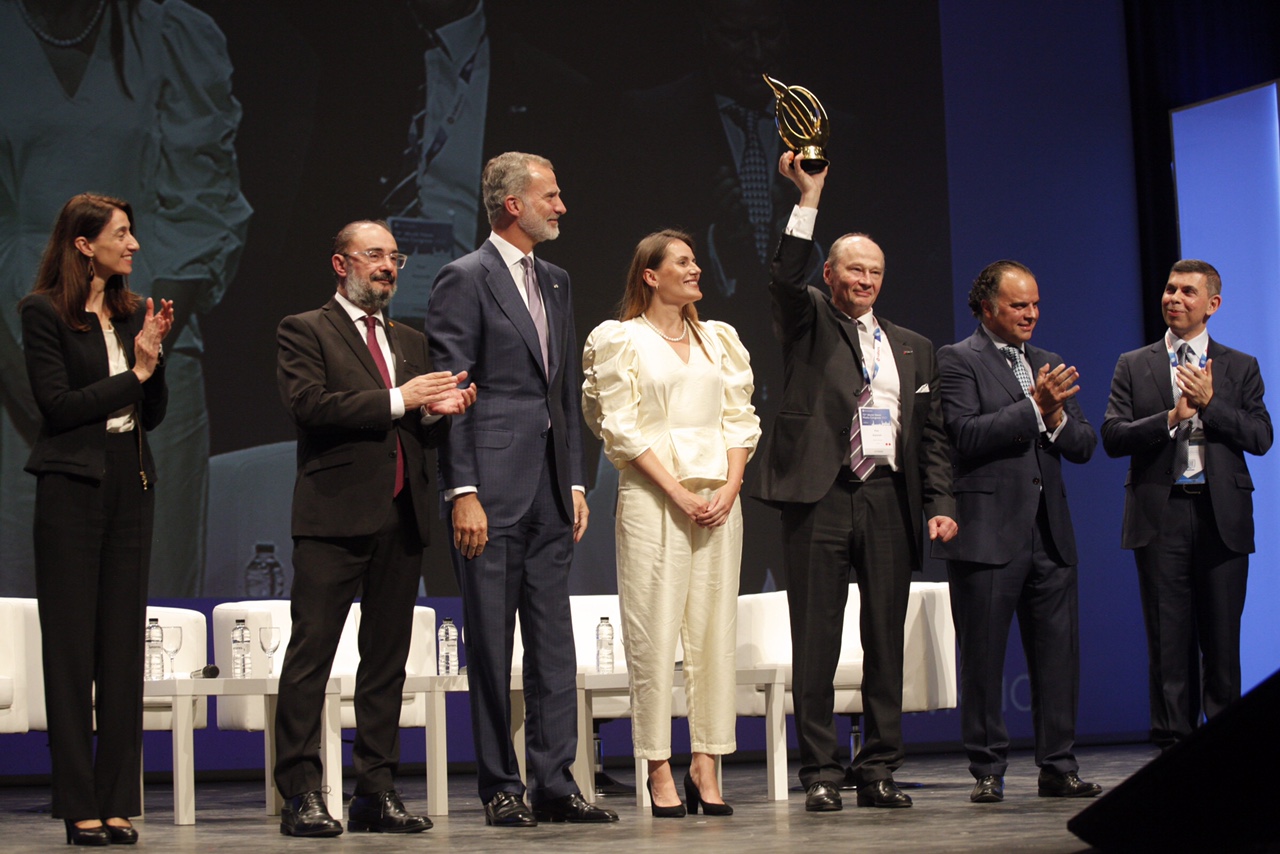 The award, made during the 2022 World News Media Congress currently taking place in Zaragoza, Spain recognises “a news organisation that stands as a beacon of independence and as a bulwark against authoritarianism; a paper of record that demonstrates its values daily, across its pages, through support to young journalists, in the promotion of local news, and through work across borders in solidarity with colleagues in need.”

“Each of our laureates, stretching back to the very first Pen, embodies a set of values that underpin our industry,” said Warren Fernandez, Editor-in-Chief of the The Straits Times in Singapore and President of the World Editors Forum, in announcing the award.

“Increasingly challenged, these values are defended worldwide by journalists, editors, and news publishers who recognise the importance of free media… in safeguarding the well-being, and proper functioning of our societies and democracies. These are values that underpin WAN-IFRA and signify the continued importance of upholding, and showing our solidarity with, those on the front lines, wherever they may be. Today’s laureates exemplify this tenfold.”

Over the past year, the Foundation has been coordinating critical financial and technical support to Ukrainian colleagues from across Europe following the Russian invasion. 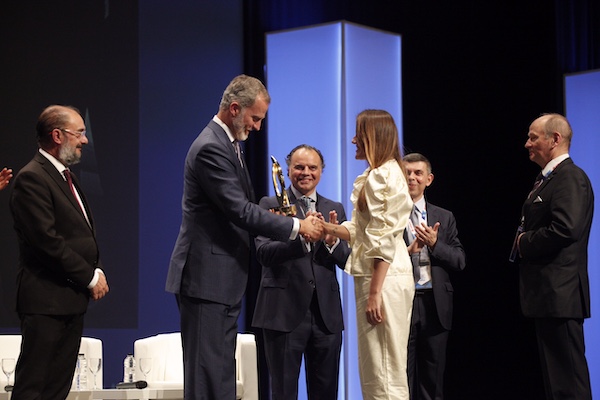 “The deteriorating condition of Polish democracy means that civic engagement is needed now more than ever,” said Joanna Krawczyk, Head of Partnerships at Gazeta Wyborcza and President of the Board of the Gazeta Wyborcza Foundation, accepting the award on behalf of the Foundation. “The events of recent months and years have shown with full force the scale of the challenges facing our democracies.

“I thank you for your support, generosity and unity and call on you to be with us, with any media in need in the years to come. We often say nowadays: be brave like Ukrainian journalists, so let’s be brave in our decision not to leave Ukrainian media alone. Let’s not leave any independent media facing oppression alone.” 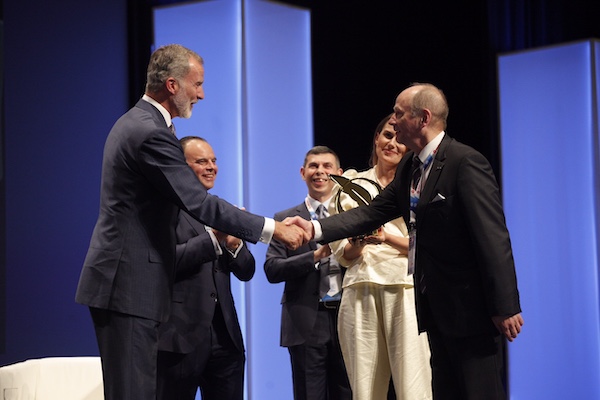 Accepting the award on behalf of the Gazeta Wyborcza newsroom, Piotr Stasiński, former deputy Editor-in-Chief and current Special Media Advisor to Gazeta Wyborcza Foundation, said: “Under PiS rule, media freedom in Poland has been seriously infringed. Already, we see a growing ‘chilling effect’ and a decreasing number of media outlets that are free and independent. Developments in Poland are in line with how Hungarian independent media were suppressed by Viktor Orban’s government. Hungary, like Poland, is an EU member.”

First published on 8 May 1989, under the motto “There is no freedom without Solidarity,” Gazeta Wyborcza initially faced heavy censorship but became critical in convincing the public to reject the country’s communist leadership. It also became the first legal publication that was outside of government control.

By the early 2000s, ‘Wyborcza’ had become one of Poland’s best-selling newspapers and has since consolidated its position as a journal of record that keeps a constant vigilance over Polish democracy. Today, as one of the country’s few remaining independent news titles, Gazeta Wyborcza – no stranger to resistance – finds itself under constant attack from a government hostile to independent news.

A systematic effort by the ruling Law and Justice party to capture public service media has led them and their allies to turn their attentions to private media. An onslaught of legal and financial pressures has been brought to bear, targeting Gazeta Wyborcza in particular. The publication is facing some 100 legal challenges.

“A media house that faces down dozens upon dozens of lawsuits from government and its allies, and counters regular efforts to undermine its integrity; one that has established a foundation to ensure a future whereby its work reaches far beyond its circulation – all of this has required leadership, purpose, and courage,” continued Warren Fernandez. “Gazeta Wyborcza and the Gazeta Wyborcza Foundation are showing us the way, providing just that. Showing there is indeed, “no freedom without solidarity.”

“The mission we are committed to is especially important now, in our troubled country, and in the increasingly troubled world,” concluded Piotr Stasiński. “The Golden Pen of Freedom award, which we humbly accept today, helps. Helps us carry on, helps us to persevere.”

About the Golden Pen of Freedom

The laureate is nominated from a shortlist of candidates by the board of the World Editors Forum. The first Golden Pen of Freedom was awarded in 1961. 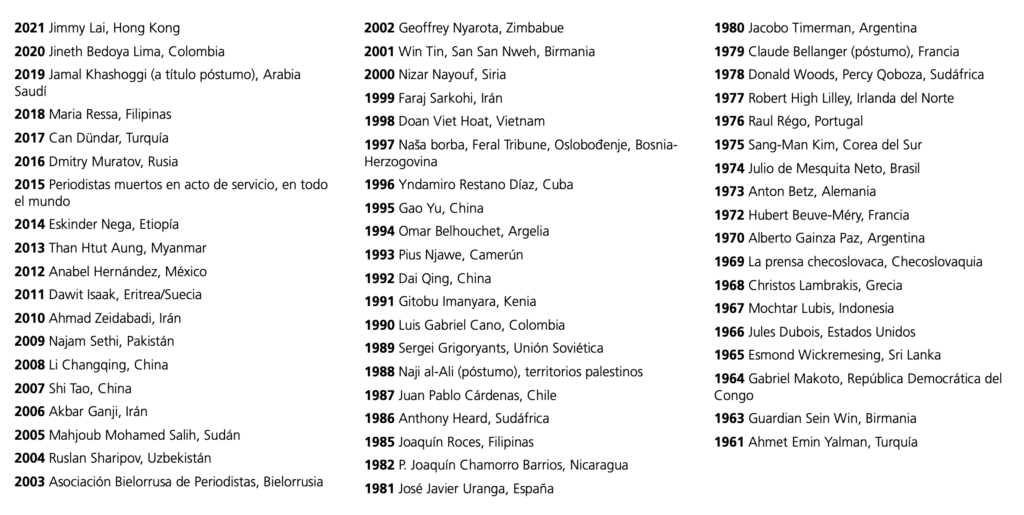 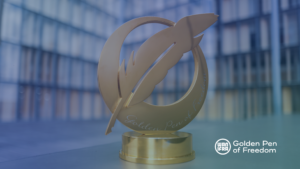 The 73rd World News Media Congress (WNMC), taking place 28th-30th September  2022 in Zaragoza, Spain is organised by WAN-IFRA – the World Association of News Publishers, in collaboration with the Henneo publishing group, the Government of Aragón, and Zaragoza Turismo. WNMC is the leading annual event for media leaders, bringing together 1,000 editors and media executives to discuss challenges and opportunities for the global news media industry. Over three days, the programme includes forums such as the World Media Leaders Summit, the World Editors Forum, the Women in News Summit, and the Golden Pen of Freedom award.

WAN-IFRA is the global organisation of the world’s press, comprising 3,000 news publishers and technology companies and 60 national publishers’ associations representing 18,000 publications in 120 countries. With a mission to protect the rights of journalists and publishers around the world to operate independent media, WAN-IFRA provides its members with expertise and services to innovate and prosper in a digital world and perform their crucial role in society.